3 children taken to hospital after fire in Sembawang flat 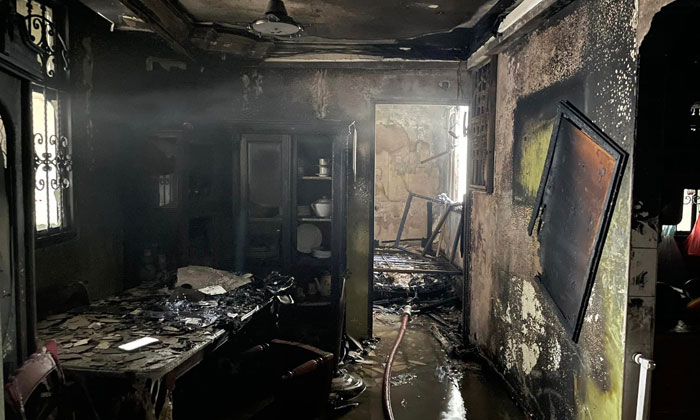 Three children were taken to hospital for smoke inhalation after a fire broke out at a Housing Board flat in Sembawang on Wednesday.

The Singapore Civil Defence Force (SCDF) said it was alerted to a fire on the seventh storey of Block 340A Sembawang Close at around 5pm.

Five people evacuated from the affected unit before SCDF's arrival.

In a Facebook post on Wednesday night, the SCDF said: "Three of the occupants were (taken) to KK Women's and Children's Hospital (KKH) for smoke inhalation, while the other two occupants refused (to be taken to hospital) after being assessed by an SCDF paramedic."

The SCDF added: "The fire was confined to a bedroom and was extinguished by SCDF using a water jet in about 15 minutes. The living room was affected by heat and smoke damage caused by the fire."

Around 100 residents from the seventh floor to the 15th storey were evacuated by the police as a precautionary measure.

He said: "They were housed temporally at Canberra Zone 1 Residents' Network while waiting for HDB to allocate a temporary flat to house them. HDB managed to assist them by providing a temporary vacant flat nearby, but it is completely unfurnished."

Dr Lim added that the grassroots leaders were mobilised to donate common household items to help the family.

"No one (was) seriously hurt in the unfortunate incident. The three children of the family were sent to KKH for observation for possible (smoke) inhalation injuries," he said.