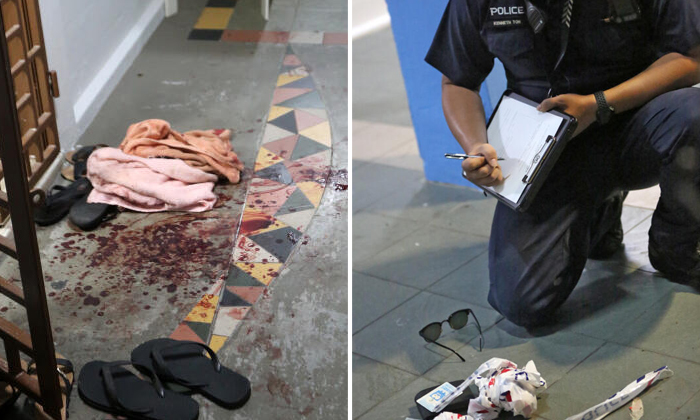 Three men, aged between 16 and 21, have been arrested over an assault on a 20-year-old man that occurred in Toa Payoh last Wednesday (May 27).

It was earlier reported that the 20-year-old victim had gone to meet his girlfriend's ex-lover at a void deck to resolve their differences.

To his horror, the victim realised the meeting was an ambush when several men set upon him and left him with multiple slash wounds.

In a statement, the police said they received reports about the assault at the ground floor of Block 106 Lorong 1 Toa Payoh.

The victim, who sustained lacerations on his head and body, was conscious when taken to Tan Tock Seng Hospital.

Through investigations, the police established the identities of the assailants and arrested them on May 28 and 29.

"Preliminary investigations revealed that the victim and the assailants are believed to be known to one another," the statement added.

The three men were charged in court on May 30 for the offence of voluntarily causing hurt by dangerous weapon with common intention.

If convicted, they face a jail term of up to seven years and/or a fine and/or caning.

Related Stories
Man goes to meet girlfriend's ex-lover -- only to be ambushed and attacked by group
Man, 21, arrested for attacking 26-year-old victim with dangerous weapon at Jurong West
Last suspect of Chinatown rioting case arrested, along with man who harboured him
More About:
attack
slashing
injured
dispute
arrest