3 arrested after youths seen beating up man who said: "They challenged me" 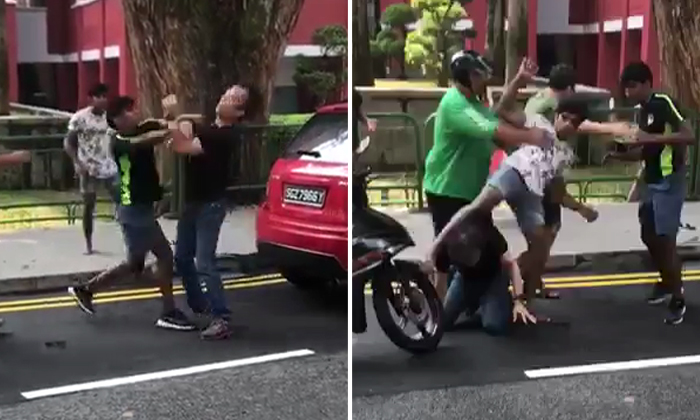 Three men, aged between 17 and 55, have been nabbed for their involvement in a fight that broke out in Redhill on Saturday (Aug 17).

In response to a Stomp query, the police said they were alerted to a case of affray at 88 Redhill Close at around 11.30am and arrested the trio.

A 55-year-old man was conscious when taken to Singapore General Hospital.

Stomp understands that he is one of the three men who was arrested.

Several Stompers alerted Stomp to a video of the incident, which appears to have been originally posted on Facebook by user Liew Chee Keong.

In the video, two youths can be seen in a violent altercation with an older man, whom they hit and kick multiple times.

At one point, the man falls over onto the road and is kicked in the back.

Several passers-by are seen trying to break up the fight, though not very successfully.

The man can also be heard telling a female passer-by: "They challenged me."