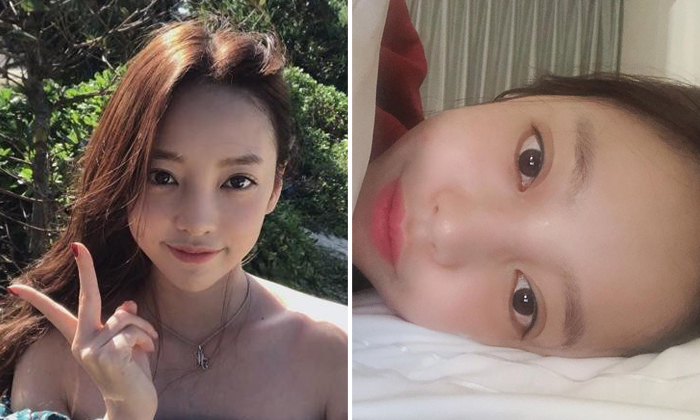 South Korean celebrity Goo Ha-ra, who attempted suicide earlier this year, was found dead on Sunday (Nov 24) at her Seoul apartment, just days after completing a comeback tour in Japan.

Police said in a statement that the 28-year-old was found in her home in Seoul at around 6pm. They are still investigating her death.

Goo - a former member of popular K-pop girl group Kara, which disbanded in 2016 - had earlier this month released a solo Japanese-language single, Midnight Queen, and wrapped up a mini-tour in Japan from Nov 14 to 19.

She visited Tokyo, Osaka, Nagoya and Fukuoka to promote her new album.

Goo’s return to the stage came six months after a suicide attempt in May, when she was rushed to the hospital after being found unresponsive in her apartment in Gangnam.

This came after she made an alarming series of posts on Instagram, with one simply saying: “Goodbye”.

Days after her suicide attempt, she said: “I’m sorry for causing concerns and a commotion.”

“In terms of health, I am recovering ... I had been in agony over a number of overlapping issues,” said Goo, who joined Kara in 2008 and debuted as a solo artist in 2015. “But from now on, I will steel my heart and try to show up healthy.”

She had before the attempt been embroiled in a public row with a former boyfriend who she accused of assault and said threatened to release sex tapes of the two of them.

Just last month, one of her close friends, fellow K-pop star Sulli, was found dead at her home.

Goo, who was in Japan, had filmed an apology for missing her friend's private funeral on Instagram Live.

"I'm sorry I can't go because I'm in Japan," she said. "I'm sorry that I had no other choice but to greet you like this. Live well up there, and do everything that you wanted to do. I will live hard and work hard for you."

Sulli, whose real name was Choi Jin-ri, was discovered on Oct 14 by her manager, who visited the house, as he had been unable to reach her after their last phone call a day before.

The 25-year-old originally gained prominence as a child actress playing the role of Princess Seonhwa of Silla in the 2005 period series Ballad Of Seodong, and later debuted as an idol under SM Entertainment as part of girl group f(x) in 2009.

Sulli took a hiatus from the group in 2014, citing malicious online comments targeted at her. In 2015, she left the group officially, but remained with SM Entertainment.

Two years ago, another SM Entertainment artiste - boyband Shinee’s Jonghyun - committed suicide at age 27. He had been battling depression before his death.

South Korea is known for having some of the highest suicide rates among developed nations, and celebrities have not been immune from it.

The K-pop industry is known for its cut-throat competitiveness, a lack of privacy, online bullying and relentless public pressure to maintain a wholesome image at all times and at any cost.

The health of celebrities has been a cause for concern among fans who have blasted their management agencies for not taking adequate care of their artists.

After Sulli's death, her fans - who believe that the young star was affected by hate messages - started a petition, asking the government to mandate that netizens use their real names when they post comments.

The Korea Herald reported earlier this month that some Bills aimed at curbing cyber bullying had been submitted to the National Assembly following the star's death.

One calls for users to reveal their online user name and IP address when posting comments on online portals such as Naver and Daum, while another wants these portals to filter out malicious comments and block people from posting them.