28 women arrested in anti-vice operation, including 5 who appeared nude in public 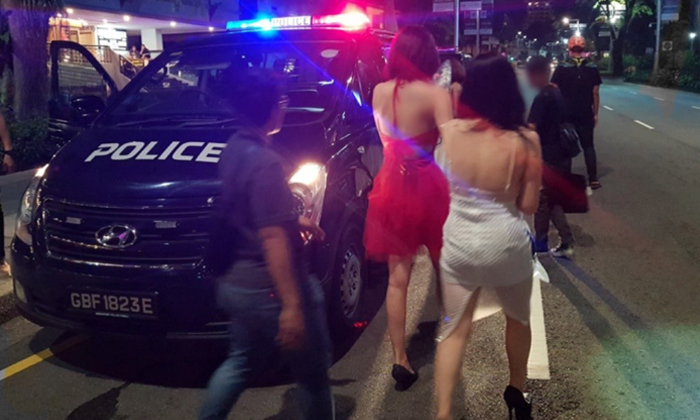 A series of enforcement operations against vice activities in private residential units, massage establishments and public entertainment outlets saw the arrest of 28 women.

The raids were conducted between July 17 and 20, said the police in a statement.

Seven women, aged between 26 and 47, were arrested for offences under the Women’s Charter during the operations against vice activities in private residential units along Balestier Road, Cavenagh Road and Boon Teck Road.

One of the seven woman, ad well as another 40-year-old woman, were also nabbed for offences under the Immigration Act.

One massage establishment was found to have contravened licensing conditions.

A 43-year-old woman was also apprehended for suspected drug-related offences.

In addition, enforcement checks on public entertainment outlets along Tanglin Road found that one outlet had contravened licensing conditions.

Thirteen women, aged between 19 and 30, were arrested for working without valid work permits under the Employment of Foreign Manpower Act.

Two of them, together with another three women, were caught for appearing nude in public.

Another three women were also arrested for offences under the Immigration Act.

In their statement, the police added that they "will continue to take tough enforcement actions against anyone involved in criminal activities."