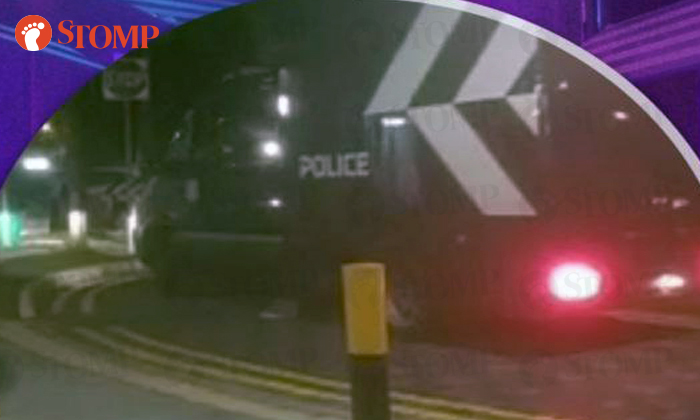 A 27-year-old man was found dead at the foot of Block 439B Sengkang West Avenue on Monday (April 5).

Responding to a Stomp query, the police said they were alerted to a case of unnatural death at 12.01am.

They added: "A 27-year-old man was found lying motionless at the foot of the said block and was pronounced dead at scene by a paramedic."

A Stomper said he had been on his way home at around 4am when he saw police at the scene.

He recounted: "I saw multiple policemen, including uniformed officers as well as plainclothes officers, along with multiple patrol cars in the vicinity of the block.

"At around 4.05am, a black/dark blue police lorry arrived at the scene.

"Subsequently after that, I saw a few people escorting a lady who was screaming and crying loudly. I believe they were related to the victim.

"Plainclothes police officers were at the scene taking statements from witnesses as well.

"I left at 4.30am, but according to my friend who lives at a block nearby, she said that the police left at around 5am."