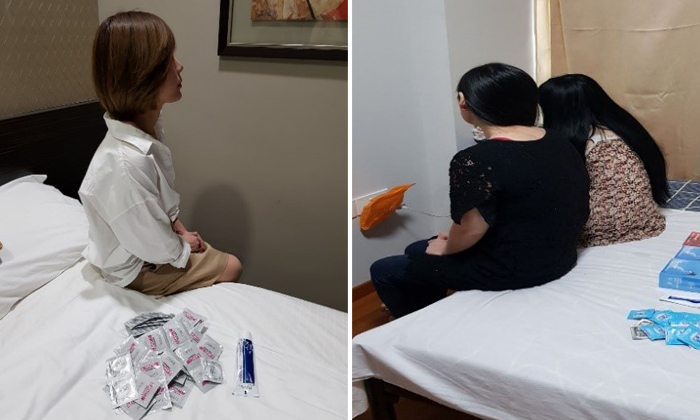 A three-day police operation that targeted vice and gambling activities in Little India, Jalan Besar, Chinatown and Tiong Bahru led to the arrest of 36 people in total.

The operation took place between March 7 and 9, said the police in a news release.

Nine men and 27 women, aged between 27 to 78, were arrested for offences under the Women’s Charter, Employment of Foreign Workers Act, Misuse of Drugs Act, Common Gaming House Act and Remote Gambling Act.

Of the 27 women, 18 were arrested for their suspected involvement in providing sexual services from hotels and rented apartments and were believed to be residing in Singapore on Employment Passes or Short Term Visit Passes.

The other nine men and nine women were arrested for gambling and drug-related offences.

Cash amounting to $1,438 were also seized as case exhibits.

The police said they would "continue to clamp down on vice activities" and that "those found engaging in illicit activities will be dealt with sternly in accordance to the law."