26 incidents of sexual offences reviewed by NUS Board of Discipline over past 3 years, no expulsions 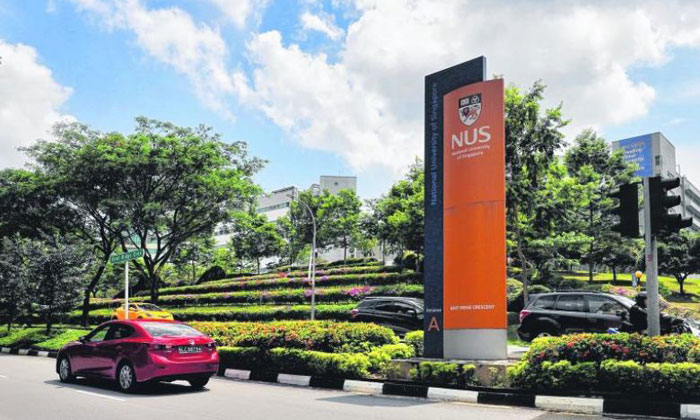 Over the past three years, 26 cases of sexual offences were brought before the National University of Singapore's (NUS') disciplinary board, according to a summary of cases available on the university’s student portal.

Five involved outrage of modesty, or touching the thighs or buttocks of female students.

The last three were a mix of acts such as harassment via text messages or calls of a sexual nature, and indecent exposure.

Separately, there were another three cases of trespassing and theft of female undergarments from hostels.

The university has since said it will be reviewing this policy, which has been criticised widely by members of the public and students.

The issue came to light after Ms Monica Baey, 23, a third-year NUS communications and new media undergraduate, had shared on Instagram last week her unhappiness with how the university disciplined an undergraduate who had filmed her when she was showering at Eusoff Hall in November last year. He was suspended for a semester and barred from entering the hall. He was also asked to write an apology letter to her and undergo mandatory counselling.

Ms Baey felt that the university was not tough enough on the culprit, who she identified as chemical engineering student Nicholas Lim.

Of the 26 sexual misconduct cases and three theft cases in the past three academic years, 16 involved police investigations, which led to sentences such as imprisonment for as long as 16 weeks, supervised probation and community service.

Separately, 17 cases ended with the student being suspended from school for mostly one to two semesters, according to the summary of cases, which was made public by a group of students on Facebook.

None of the students were expelled, even when they had committed multiple acts of sexual misconduct. There were 13 of such cases.

Most of the offenders were banned from entering halls on campus, had to carry out community service, along with writing apology letters to victims.

Two cases involving the same student that were reviewed in the academic year 2016/2017 almost led to an expulsion, but the male student successfully appealed against the board's decision.

In the first case, the student trespassed into a female toilet and peeped at a female student while she showered.

He was issued a 12-month conditional warning by the police for this first offence, and NUS barred him from all campus residences, imposed a $500 fine and mandatory community service, along with an official reprimand.

He later committed another offence by outraging the modesty of a female student.

The disciplinary board decided to expel him but the student appealed against it.

The Disciplinary Appeals Board revised the initial decision after considering the student's psychiatric disorder.

He was then suspended for 18 months and had to undergo psychiatric treatment.

Ms Adeline Loh, 21, a second-year Yale-NUS College literature student, said: “Those documents reveal that there is a strong precedent in NUS for letting off perpetrators very leniently, so the current (Monica Baey) case shows how the university has consistently let the vulnerable members of its community down and how urgent it is for them to initiate swift and decisive reform in the way they handle sexual assault on campus.

“I think it’s precisely because the university chooses to treat each case as isolated incidents rather than realising that they stem from a fundamental failure to reform the way we treat vulnerable members of our community and their experiences of sexual assault that leads to these seemingly light punishments.”