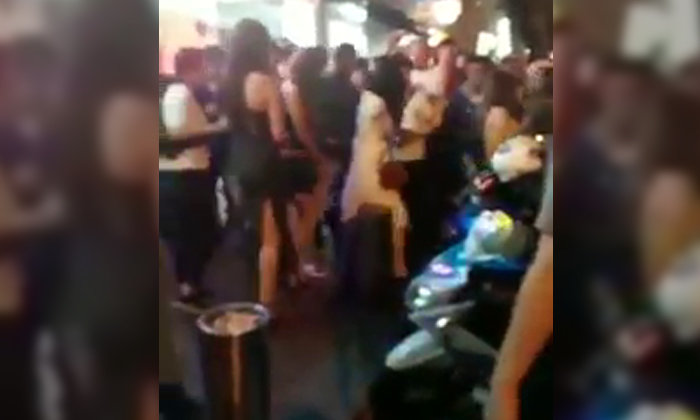 Twenty-five women aged between 18 and 55 were arrested during a police operation along Joo Chiat Road on July 5, at around 9.30pm.

Stomp understands that this was a 'secret' operation conducted by the police.

A video showing the women being led away as a crowd watched on has been circulating on Facebook after being posted by user JJ Chia. 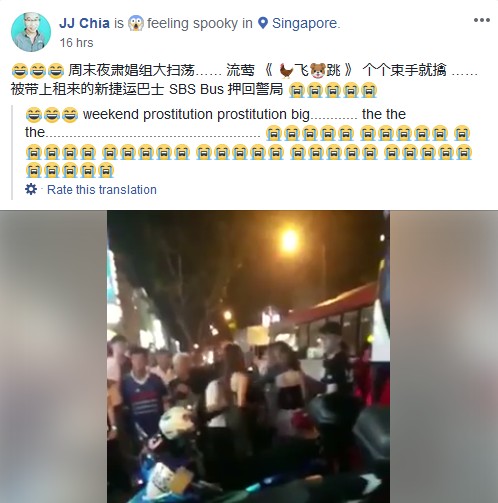 A caption accompanying the video referred to the incident as a "weekend raid", even though the operation was conducted on a Thursday night.

The caption also claimed that the suspects were taken back to the police station on a "rented" SBS Transit bus, which is untrue.

Although an SBS Transit bus can indeed be seen in the video, Stomp understands that the suspects were being led into a police vehicle parked behind the bus.

In response to a Stomp query, the police said the women were arrested for working without valid work permits under the Employment of Foreign Manpower Act.