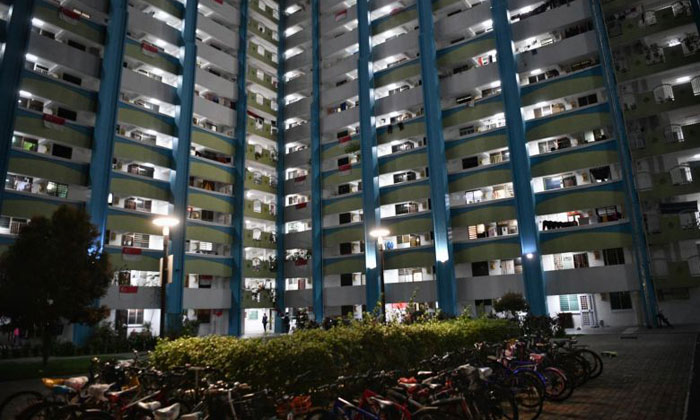 A man was charged on Saturday (Aug 29) with murdering his wife.

Appearing before a district court via video conferencing, Chinese national Cui Huan, 24, was accused of killing Ms Liang Xueqiu, 26, who was found at a foot path at Block 211 Boon Lay Place on Thursday.

Cui did not display any emotions when the charges were read out to him.

Police had earlier said they received a call for assistance at around 6.30pm on Thursday. Officers arriving at the scene found a woman injured and lying motionless.

She was unconscious when taken to Ng Teng Fong General Hospital, and pronounced dead at the hospital at 9.58pm.

Officers from the Criminal Investigation Department and Jurong Police Division arrested the man within three hours of the reported incident.

Some residents of the Boon Lay Housing Board block whom The Straits Times spoke to on Friday evening said they saw the police cordon off the crime scene on Thursday night.

One resident said he had rushed out of his home to try to help the victim after his younger brother told him about the woman lying motionless at the ground floor.

Mr Mohamed Nasrullah, 20, a student and part-time delivery rider, said that when he arrived at the scene, there were about 10 bystanders.

He decided to call the police for help and they arrived about 10 minutes later. Another resident called the Singapore Civil Defence Force.

“The bystanders were standing around without calling the police so I decided to... make the call,” said Mr Nasrullah.

He had not seen the victim around the neighbourhood before and was shocked when told that she had died.

Cui has been remanded and his case adjourned to Sept 4.

Those convicted of murder face the death penalty or life imprisonment with caning.