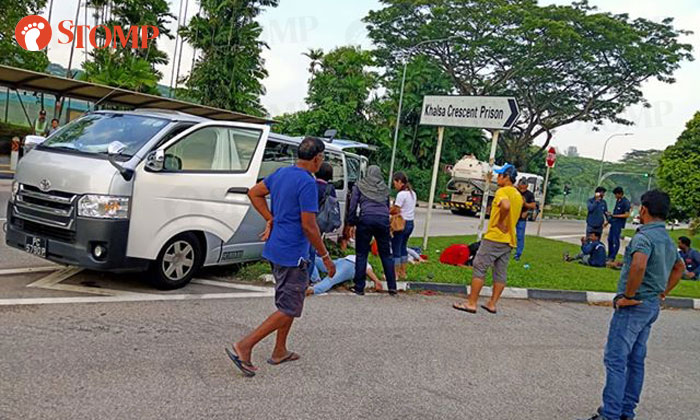 Twenty-three people were taken to hospital after a lorry and van collided along Admiralty Road West on Monday morning (Oct 21).

Stomper Lim alerted Stomp to the accident and shared photos he took while he was rushing to work at about 9.15am.

"Some of them had suffered scratches and they all were panicking.

"I couldn't help as I was rushing to work but an ambulance soon arrived to tend to the victims."

In response to a Stomp query, the police said they were alerted to the accident at about 9.07am.

Twenty-three people, aged between 21 and 37, were conscious when taken to Khoo Teck Puat Hospital and Tan Tock Seng Hospital, a police spokesman said.