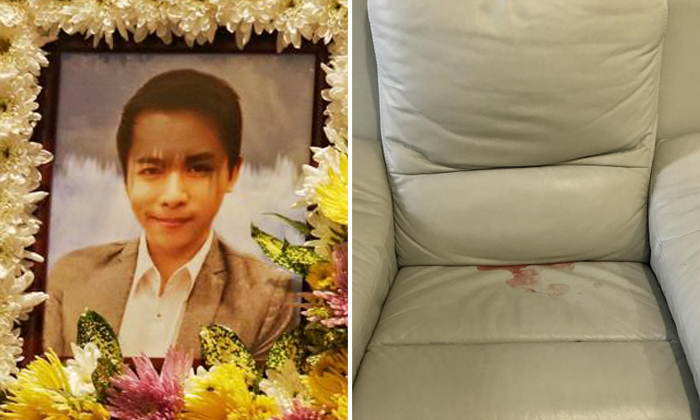 A 22-year-old man who allegedly killed a director of an online retail company in Sungei Kadut Loop on Monday (March 11) has been charged with murder.

The Straits Times understands that Malaysian Yee Jing Man suffered injuries and he was charged at Changi General Hospital (CGH) on Wednesday.

He is accused of murdering Mr Lin Xinjie , 29, one of three directors of Jiji Singapore that operates at the International Furniture Centre building.

Yee is said to have committed the offence between 12.55pm and 1.03pm on Monday.

Earlier news reports stated that Yee was one of Mr Lin's employees who was fired earlier that day for allegedly having a poor work attitude.

In a statement, police said that they received a call for assistance at around 1pm on Monday and officers who arrived at the scene found Mr Lin lying motionless inside the building.

Paramedics later pronounced him dead at the scene.

The company's other director, Mr Li Mingqiao, 29, was found with injuries and was conscious when he was taken to Khoo Teck Puat Hospital.

ST visited the scene of the incident near Woodlands Road on Monday evening and saw police officers taking away several items from the building, including a chair.

Mr Genesis Shen, 31, a director at Templars Law, told The New Paper that Mr Lin was a close friend who lived life to the fullest.

He added: "He was the most steady, the kindest brother we could ask for. Even if he didn't have much of an education, he was an intelligent and astute leader, and he succeeded in business far beyond what society expected him to."

On Tuesday, Mr Lin's father, who is in his 50s, told reporters that his late son was very filial and respectful towards his elders.

The older Mr Lin said: "Whenever we visited (relatives in China), he would bring along hongbao for (the elder ones)."

He added that his only son had worked hard to develop Jiji, which was started in 2017 and sells items such as furniture and clothes.

The grieving father said: "His company already has about 40 employees and is growing steadily. If he was not sick or overseas, he would always be at the office, even on weekends.

"I don't know how the company will continue without him."

Yee will be remanded at the Central Police Division after he is discharged from CGH.

His case has been adjourned to March 20.