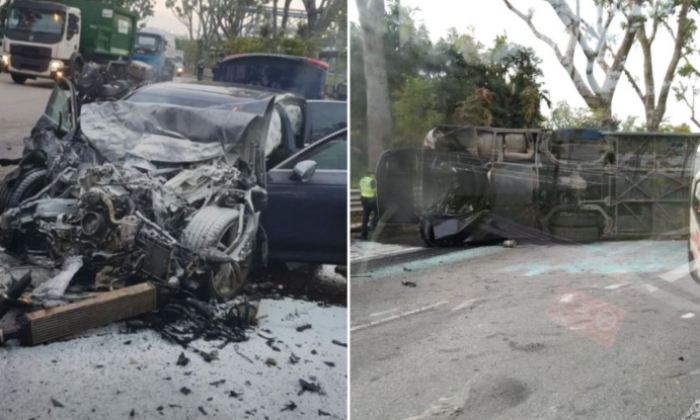 A total of 21 bus passengers believed to be foreign workers were taken to hospital on Sunday morning (Dec 6) after the bus they were on collided with a car on Jurong island.

Police said they were all conscious when taken to three hospitals.

The 42-year-old driver of the car was sent to National University Hospital.

The impact of the accident caused the bus to topple on its side, and the front half of the car to be crushed almost beyond recognition.

The accident happened at 7am at the end of Jurong Island Highway in Jurong island.