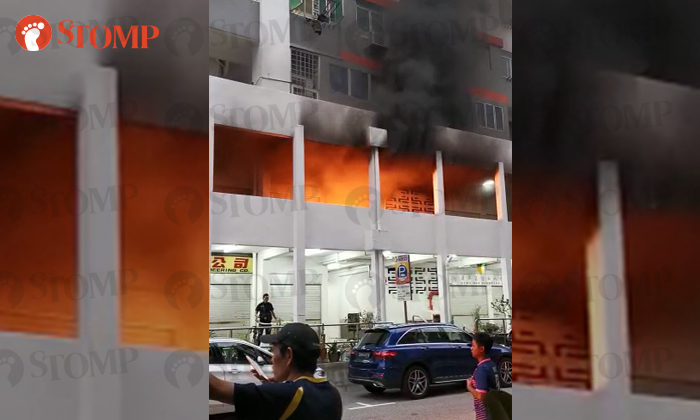 Around 200 residents were evacuated after a fire broke out at Block 1 Maude Road in the Lavender estate on Friday evening (Nov 8).

The Singapore Civil Defence Force (SCDF) said it responded to the fire along the second-floor corridor of the block at 6.45pm.

A spokesman told Stomp: "The fire, which involved discarded items, was extinguished by the SCDF using one water jet."

Residents were evacuated from the affected block and four people were assessed by paramedics. However, all four of them refused conveyance to the hospital.

Videos submitted by Stomper Joseph, who works in the vicinity, show the blaze on the second storey of the block.

In photos that Stomper Yas shared, firefighters can also been spotted in action at the scene.