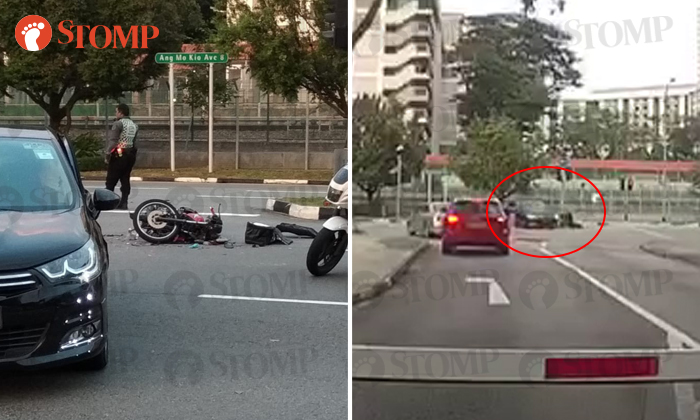 A 20-year-old man died in hospital after an accident involving his motorcycle and a car occurred in Ang Mo Kio on Thursday (March 7).

In response to a Stomp query, the police said they were alerted to the accident at the junction of Ang Mo Kio Avenue 8 and Ang Mo Kio Central 2 at 5.28pm.

The motorcyclist was unconscious when conveyed to Khoo Teck Puat Hospital, where he subsequently succumbed to his injuries.

A 40-year-old female passenger in the car was conscious when taken to the same hospital.

The car driver, a 41-year-old man, was arrested for causing death by a negligent act.

Stomper Frederick sent to Stomp a video of the accident that has been circulating online, showing how the motorcycle crashed into the car.

The car driver can be seen exiting his vehicle to check on the motorcyclist.

Stomper Achidfiky90, who passed by the accident scene at around 7pm when he was returning home from work, shared photos of the damaged motorcycle lying on the road.

The car was also dented. 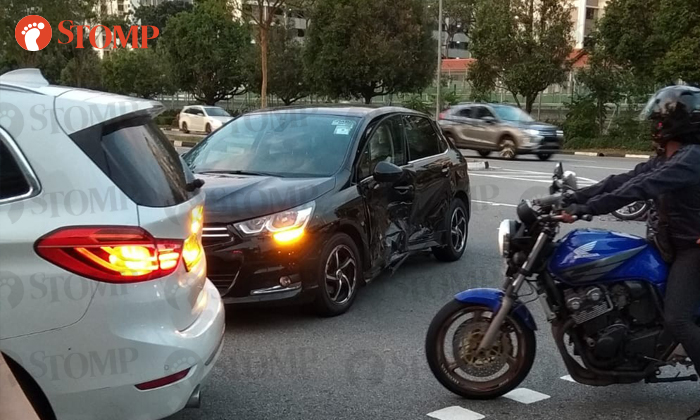 Achidfiky90 said: "The scene was very chaotic and all the buses were stuck on the third lane. Cars had to turn into the carpark in order to pass through."