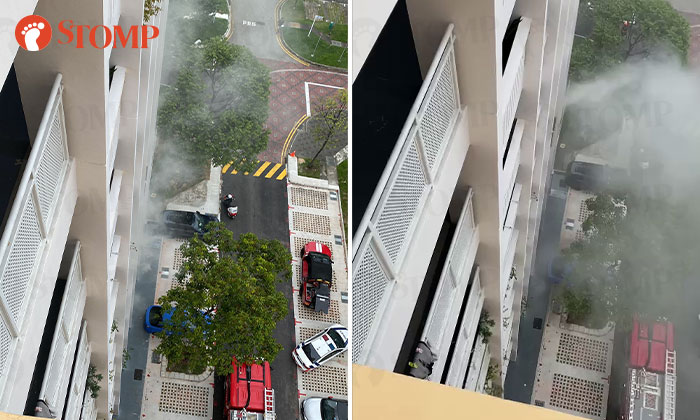 About 20 people were evacuated after a fire broke out in a HDB flat at Block 427 Pasir Ris Drive 6 on Tuesday afternoon (June 21).

The Singapore Civil Defence Force (SCDF) told Stomp they were alerted to the fire at 1.25pm and that it involved a praying altar in the living room of a unit on the sixth floor.

"SCDF conducted a forcible entry into the unit and extinguished the fire using a water jet," an SCDF spokesman said.

"About 20 people were evacuated from the neighbouring units as a precautionary measure."

Stomper Mark alerted Stomp to the fire and shared a video of smoke coming from the unit.

"I live a few floors above the unit," he said.

"The owner was not home and came back after the fire was put out.

"It took 45 minutes for the SCDF to put out the fire and to pack up.

"The police and town council were also there cleaning up and checking."