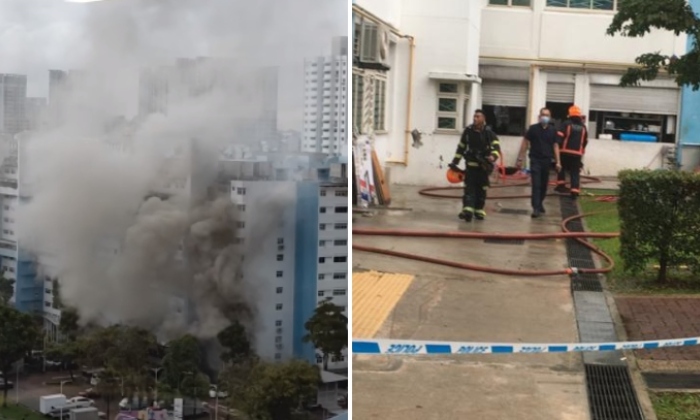 Around 20 people self-evacuated after a fire broke out at Ban Heng restaurant at Block 22 Boon Keng Road on Monday (Nov 23).

The Singapore Civil Defence Force (SCDF) said they were alerted to the fire at about 5.10pm.

A Stomper sent photos of people evacuating the area and of SCDF officers at the scene. 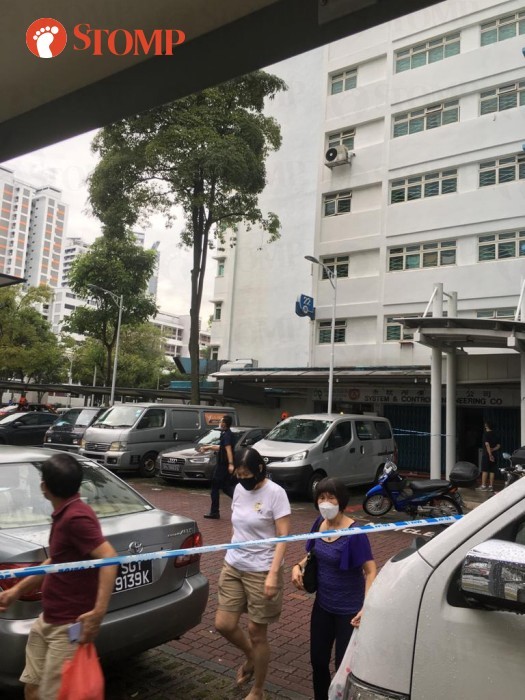 In the photos, a police tape can be around the block, cordoning off the area.

In response to a Stomp query, a spokesman for SCDF said: "The fire, which involved the kitchen exhaust ducting, was extinguished by SCDF using a hosereel and a water jet."

SCDF added that about 20 people self-evacuated prior to their arrival.

Related Stories
Rubbish bin fire put out with bottled water from nearby funeral wake in Bukit Batok
Recycling bin engulfed in flames after fire involving construction tool breaks out at Bukit Batok
1 taken to hospital after fire breaks out in bedroom of Tampines flat
More About:
fire
restaurant
scdf