20 occupants evacuated after fire breaks out at Geylang shophouse units 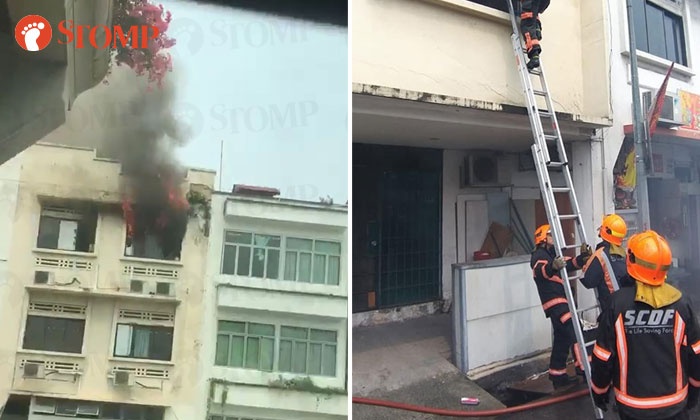 Twenty people were evacuated after a fire broke out at shophouse units along Geylang Lorong 4 on Sunday afternoon (Sep 15).

Stomper Kumar alerted Stomp to the incident and shared videos he took as he was travelling along Sims Way.

The Singapore Civil Defence Force (SCDF) issued a statement regarding the incident on their Facebook page.

It said it responded at about 2.10pm to the fire that involved the contents of a shophouse on the third floor of unit 45 and 47.

"SCDF deployed 12 emergency vehicles and about 36 firefighters to the incident," the statement said.

"At the height of the operations, four handheld jets and an aerial water monitor were used to bring the fire under control.

"About 20 occupants from the affected and adjacent shophouse units were evacuated by SCDF and the Police."

The fire was extinguished at 3.25pm.

There were no reported injuries and investigations are ongoing.