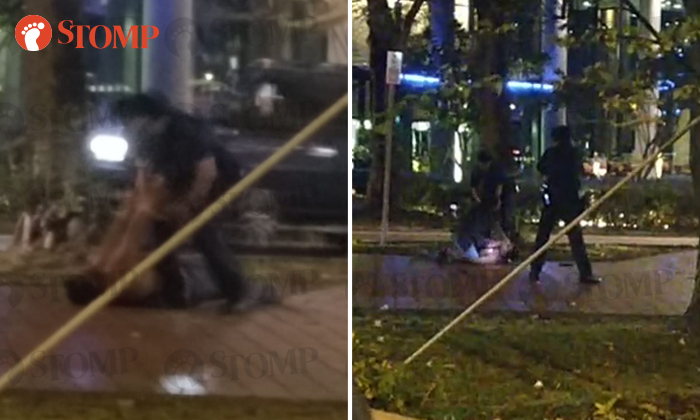 Two men, aged 19 and 20, were arrested after fighting with each other and charging at police officers in Clarke Quay on Tuesday night (Nov 6).

Stomper Sebastian was in a car at around 8.50pm when he witnessed the incident.

"Taser guns were used on them, but the guys kept shouting and standing up."

A video taken by Sebastian shows someone repeatedly shaking a man who was lying on the ground.

In response to a Stomp query, the police said that they received a call for assistance at 1 Magazine Road at 9.11pm.

Stomp understands that the two men, believed to be drunk, had been fighting with each other.

A passer-by then called the police.

Stomp understands that tasers were used on the men as they had charged at police officers.