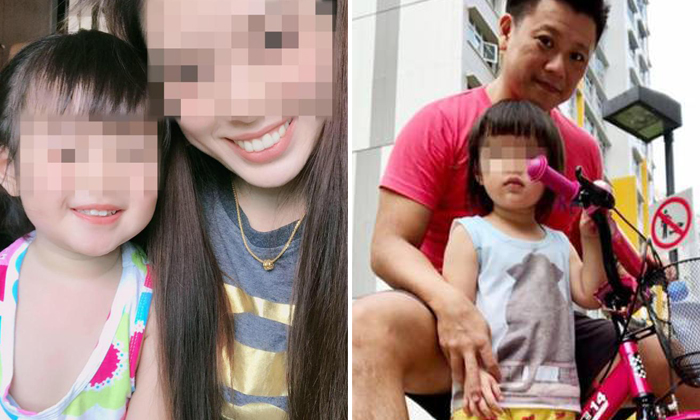 As it was going to be Father's Day, two-year-old Ashley Clare Teo, whose parents are divorced, stayed the night at her dad's home in Sengkang on Saturday.

But she never made it back to her mother's arms.

Ashley was found lying motionless in a bedroom at Block 163B Rivervale Crescent at 10.24pm on Sunday (June 16) and pronounced dead around two hours later.

She had allegedly been suffocated by her father, Johnboy John Teo, who was found injured in the same room after he reportedly used a knife to slash his own neck.

Teo and Ms Eileen Cheok, 30, have been divorced since March this year. The latter has custody of Ashley. Ms Cheok and Ashley had moved out of their Sengkang home about a month ago

A day before the murder, the trio had attended a family day event at Ashley's childcare centre together, reported Lianhe Wanbao and Shin Min Daily News.

As it was Father's Day the following day, Ashley returned home with Teo and spent the night there.

Teo was supposed to bring Ashley back to Ms Cheok on Sunday night, but never showed up.

Feeling something amiss after Teo was one hour late, Ms Cheok called the police.

She also rushed to Teo's home, where she learnt of the tragedy.

Ms Cheok said: "Ashley would have turned three in October. We had already made plans for the special occasion and even wanted to invite her father."

According to The Straits Times, Ashley's cremation was held at Mandai Crematorium on Tuesday. 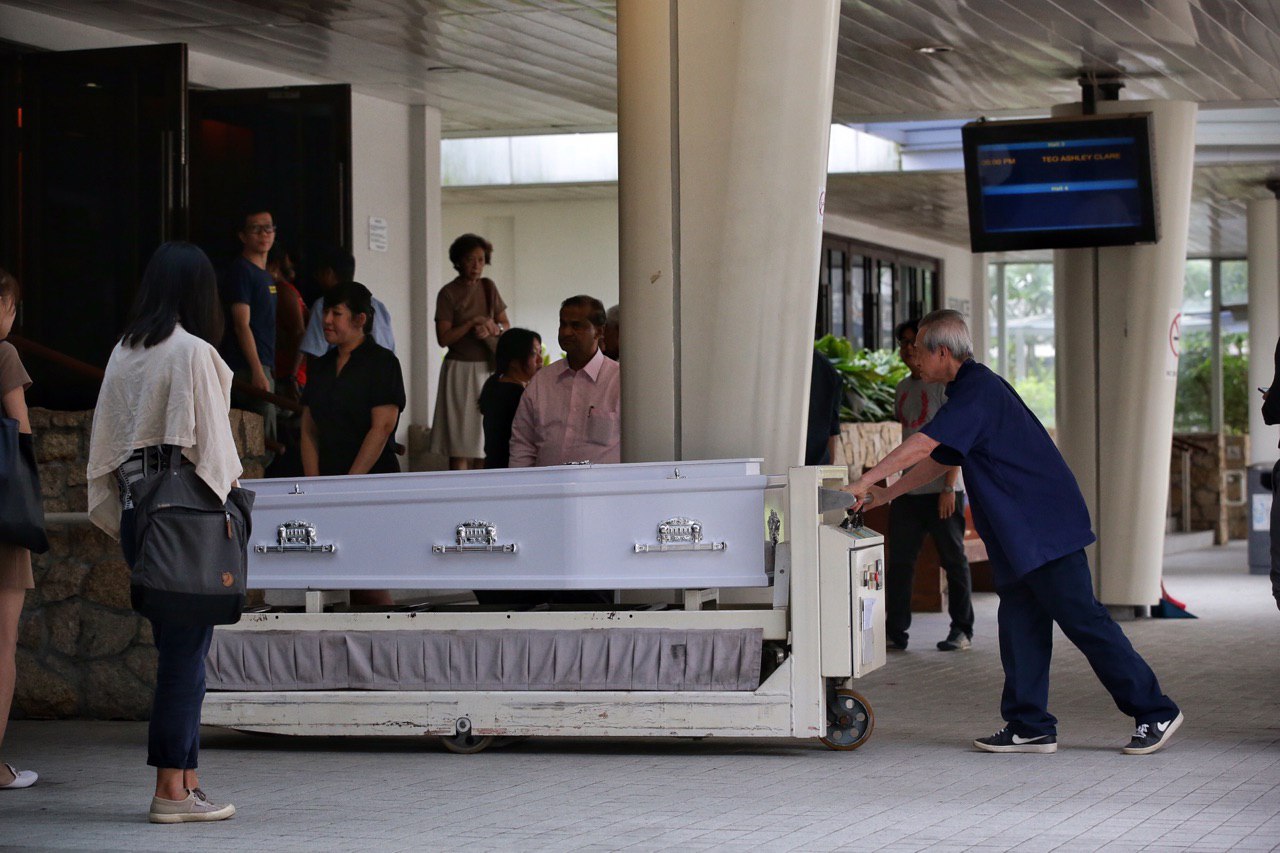 More than 40 people, including Ashley's teachers, family and friends, were present.

Beloved by all who knew her, Ashley was remembered as being bright and bubbly.

Family members described her as a girl who could be cheeky at times while neighbours said she was very friendly and would often wave to those she recognised.