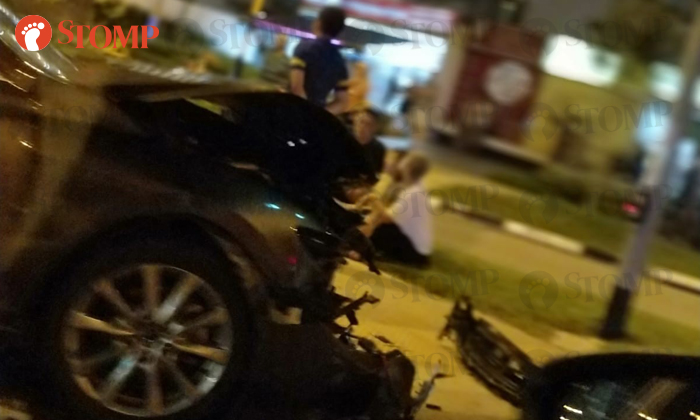 A female driver and a female passenger were injured in an accident involving two cars at the junction of Yishun Avenue 1 and Miltonia Close on Wednesday night (Nov 28).

Stomp understands that both women were from different cars.

Stomper Simon contributed photos of the scene that he took at around 9.35pm while driving home.

He said: "There was a red light so I stopped and took two photos.

"The Traffic Police were onsite and I saw three people sitting on the pavement."

In response to a Stomp query, the police said they were alerted to the accident at 9.22pm.

The 38-year-old driver and the 58-year-old passenger were both conscious when taken to Khoo Teck Puat Hospital.

Stomp understands that the younger woman complained of giddiness and pain on the right side of her head. The latter sustained slight abrasions on her right head and had tummy pains.