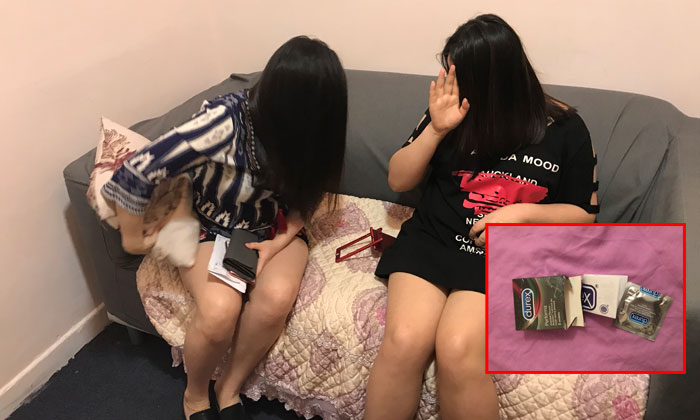 Several people were arrested in a series of enforcement operations against unlicensed massage establishments and public entertainment outlets, the police said in a statement on Friday (May 18).

The checks were made at massage establishments located at Mosque Street, Trengganu Street and Sago Street and public entertainment outlets at Magazine Road, Sam Leong Road, Upper Circular Road and Boat Quay on Thursday (May 17).

Two women, aged 21 and 27, were arrested under the Women's Charter for allegedly providing sexual services at an unlicensed massage establishment.

The operator of one unlicensed massage establishment was also found to have employed a female foreign worker without a valid pass.

The operator and the illegal worker were arrested for offences under the Employment of Foreign Manpower Act.

Three public entertainment outlets were found to have contravened licensing conditions as well.

Thirteen women, aged between 18 to 30, were also arrested for working without valid work permits.

The police said that firm action will be taken against the operators for flouting the rules and regulations under the Public Entertainment Act and the Massage Establishments Act.

"The police takes a serious view of anyone found breaking the law and these offenders will be dealt with in accordance with the law," it said.