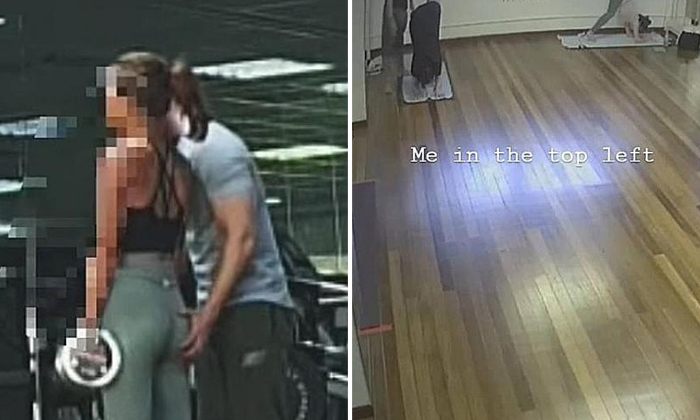 Two women were allegedly groped by their instructors in separate incidents last month - one during a yoga class and the other in a gym.

In the first case, a former student at Trust Yoga accused an instructor of molesting her twice during a class on July 11 in social media posts last Friday.

According to the posts, which have since been made private, the woman made a police report two days after the alleged incident and has also sought legal advice.

On Monday, Trust Yoga said in a statement on social media that the instructor named in the allegations has been placed on a leave of absence pending its internal investigations.

The studio has two branches in Telok Ayer and Tampines. It is not clear which branch the alleged incident had occurred in.

Trust Yoga also said it will extend its full cooperation to help the authorities with their investigations.

"At the outset, we take allegations of sexual misconduct very seriously," the studio said, noting there are cards for students to convey their preferences if they did not wish for their postures to be adjusted.

"As additional safeguards, there are also CCTVs in place at our studio. We will further strengthen internal reporting mechanisms to ensure an optimal learning environment for our students."

In her posts, the woman said that while she was comfortable receiving adjustments, it was during such a moment that the instructor allegedly groped her.

She claimed that when she complained to a staff member, she was told it was not the first time the instructor had touched a student inappropriately.

The woman said she went back to the studio with her father the next day to talk to the owners, who told her they would take "strict action".

But the instructor continued to conduct classes, she added.

She wrote in one of her posts: "Yoga was supposed to be my safe space... For such a violation to occur in such a setting feels like an extraordinarily deep betrayal."

In the second case, a freelance fitness trainer has been barred from a Dhoby Ghaut gym after he was accused of groping a female client there.

Mr Habib Noh, founder of Apeiro Performance, said another trainer had brought the alleged misconduct to the gym's attention.

"Apeiro Performance does not tolerate any form of harassment or sexual misconduct," Mr Noh said in a statement to The New Paper, adding that the trainer has been banned from using the gym's facilities since Sunday.

"Even though the client does not belong to Apeiro directly, we value the safety of all our members," he added.

On Monday, personal trainer Cheryl Loh posted a video on Instagram of a male trainer repeatedly touching a woman's buttocks while she was working out with weights at Apeiro.

Ms Loh told Chinese evening daily Lianhe Wanbao that she took the video last Friday after she and other trainers at the gym noticed the trainer acting inappropriately with the same woman about two weeks ago.

They did not do anything then as they were not sure if the pair were a couple, she said.

Ms Loh later contacted the alleged victim, who said it was her first time being coached by a personal trainer, and she had felt uncomfortable but did not want to make a big deal out of it.

In her post, she said the woman told the trainer not to touch her inappropriately a few times over seven training sessions, but he said he was "checking her muscles" and continued doing it.

"This kind of physical contact is not normal and very unprofessional," Ms Loh told Wanbao.

When TNP contacted the trainer yesterday, he declined to comment on the allegations made against him.

The two alleged incidents are the latest cases of sexual misconduct by some coaches and trainers in Singapore.

Last month, veteran track and field coach Loh Siang Piow was jailed for 21 months for molesting a teenage athlete twice while massaging her in 2013.

Mr Chung Tze Khit, 35, who runs training courses certifying personal trainers, told TNP that there was no reason for the trainer to touch the woman as seen in Ms Loh's video.

While physical contact with clients is not uncommon and sometimes necessary when correcting posture, he said that asking for permission before any contact is fundamental.

"If the trainer is touchy-feely, definitely have a talk with him or her. If they continue doing it, then it is not right," Mr Chung added.