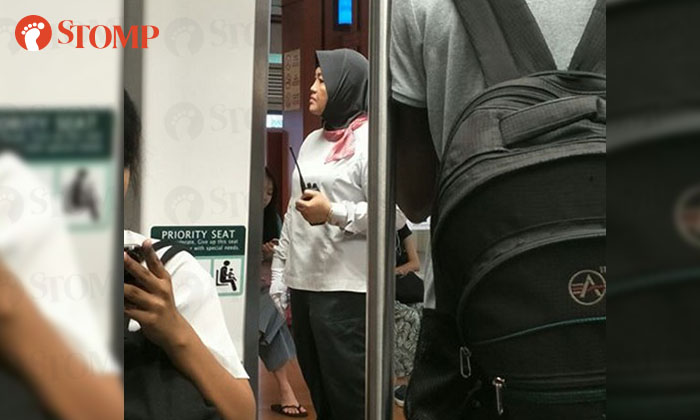 Two train disruptions occurred separately along the Circle Line and Bukit Panjang LRT (BPLRT) network this morning (Nov 5) from about 7.25am to 8.10am.

Stomper Chris alerted Stomp to one of the breakdowns while he was on a train at Choa Chu Kang LRT Station at around 7.40am.

He added that the matter was resolved by about 8.15am.

In response to a Stomp query, Ms Margaret Teo, Vice President of Corporate Communications at SMRT Corporation said: "There were two separate incidents this morning.

"At about 7.25am, a traction power trip occurred between Phoenix and Bukit Panjang LRT Stations on the BPLRT network.

"Preliminary investigations indicate that a collector shoe had dislodged from one of the LRT train cars, causing the train to stall between Phoenix and Bukit Panjang LRT Stations.

"LRT services resumed at about 7.53am.

"Separately, at around 8am, one train on the Circle Line encountered a signal fault when approaching Telok Blangah MRT Station towards HarbourFront.

"Affected commuters were informed via in-train and station announcements.

"Normal train service resumed at about 8.10am.

"We apologise to all commuters affected this morning.”