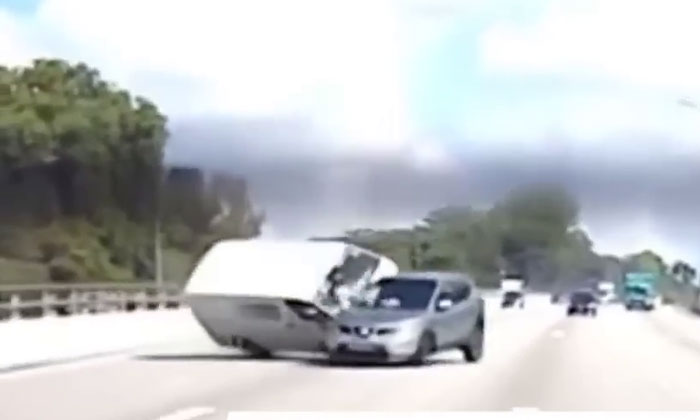 A van driver and his passenger were taken to hospital after his van flipped and crashed into a car along the Bukit Timah Expressway (BKE) on Monday afternoon (June 6).

A video of the incident was shared on SG Road Vigilante's YouTube page.

In the video, the van can be seen swerving along the expressway before toppling over and crashing into the car, then skidding over to the other side.

After coming to a stop, the van's rear window shatters and items are seen spilling out.

In response to a Stomp query, the police said they were alerted to an accident between a van and a car along the BKE towards Woodlands, near Mandai exit, at about 4.25pm.

"A 69-year-old van driver and his 52-year-old passenger were conveyed conscious to the hospital," a police spokesman said.