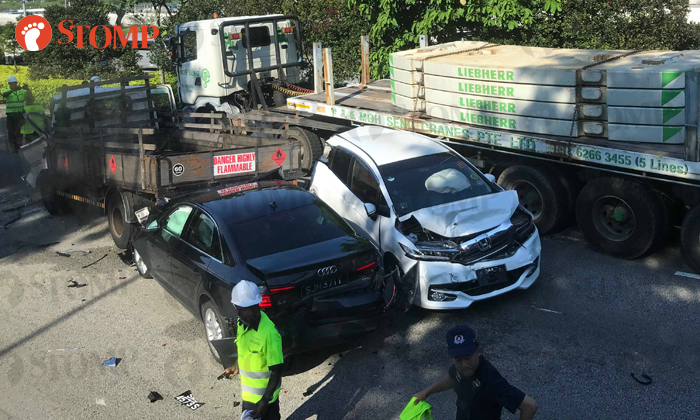 Two people were taken to hospital after an accident involving a trailer, a truck, a lorry and two cars along the Pan-Island Expressway (PIE) on Thursday afternoon (July 11).

In response to a Stomp query, the police said they were alerted to the accident, which occurred in the direction of Changi Airport and near the Jalan Bahar exit, at around 4.15pm.

One of the car drivers, a 36-year-old man, and a lorry passenger, a 41-year old man, were both conscious when taken to the National University Hospital.

Stomper Tse, who shared photos of the wreckage, said: "The lorry cabin was almost flattened.

"And before I reached the accident site, traffic was at a standstill for at least 20 minutes as the accident has caused two lanes to be closed."