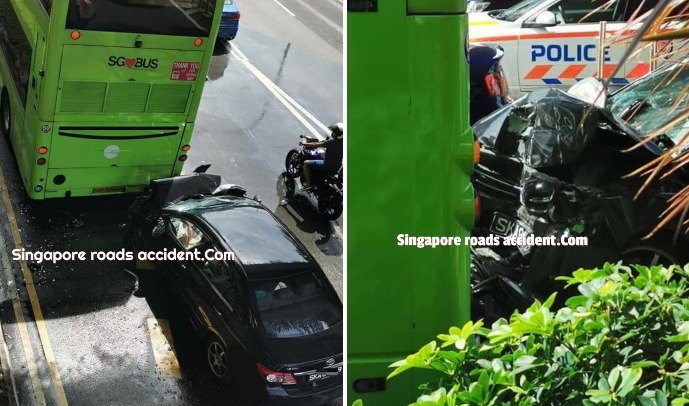 A 46-year-old male car driver and his 43-year-old male passenger were taken to hospital after the car they were in crashed into the rear of an SBS Transit bus along Bendemeer Road on Sunday (Oct 25).

A Stomper saw a photo of the accident scene circulating online and shared it with Stomp.

More photos of the crash were also posted on the Singapore Roads Accident Facebook page.

In the photos, the bonnet of the black car is completely smashed and the car's windscreen is also shattered.

A police car can also be seen parked near the accident scene.

In response to a Stomp query, the police said they were alerted to the accident at 12.39pm.

"The 46-year-old male car driver and his 43-year-old male passenger were conscious when conveyed to Tan Tock Seng Hospital," added the police spokesman.