2 taken to hospital after 5-vehicle accident along BKE 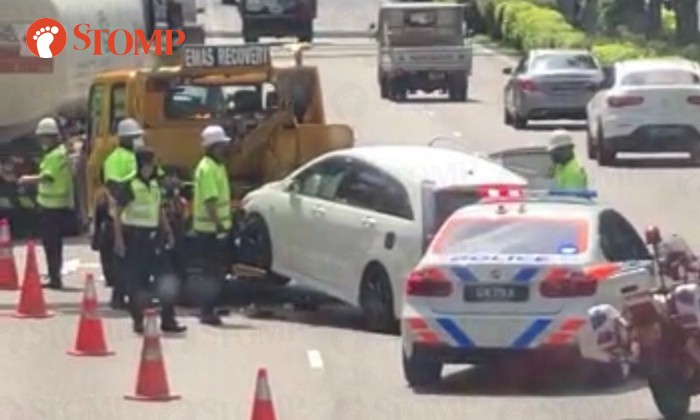 Two people were taken to hospital after an accident involving two lorries and three cars along the Bukit Timah Expressway (BKE) towards the Pan-Island Expressway (PIE) on Wednesday (Oct 7).

Stomper Praveen was on a bus that was travelling along the BKE when he spotted police cars at the accident scene.

He also took a video and sent it to Stomp.

In the video, two police cars, a police motorcycle and a few tow trucks can be seen.

The traffic also seems to be slow-moving due to the accident.

Stomper Anonymous also shared a video of the accident.

In response to a Stomp query, the police said they were alerted to the accident at 9.42am.

"One of the car drivers and his passenger, aged 36 and 37, were conscious when conveyed to Ng Teng Fong General Hospital and KK Women’s and Children’s Hospital respectively," added the police spokesman.