2 taken to hospital after 3-vehicle collision on CTE 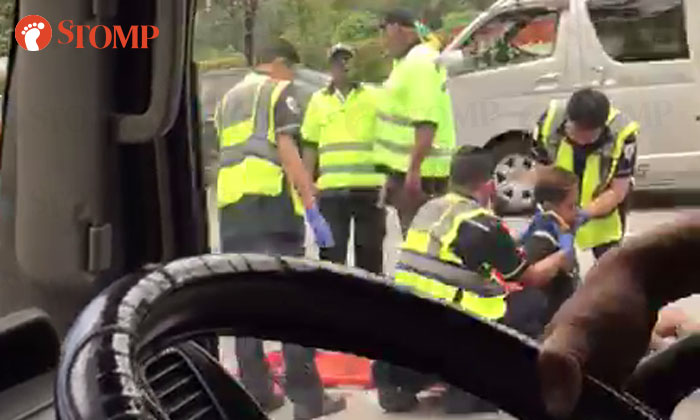 Two men, aged 61 and 27, were taken to hospital after an accident involving a van, a taxi and a lorry occurred on the Central Expressway (CTE) towards the Ayer Rajah Expressway (AYE) on Friday afternoon (Mar 29).

Stomper Yeemar was passing by the scene of the accident at about 12.41pm when she saw Expressway Monitoring and Advisory System (Emas) recovery vehicles behind the vehicles involved in the accident.

In a video she shared with Stomp, a man is seen sitting on the road and being attended to by paramedics.

In response to a Stomp media query, the police said they were alerted to the accident at about 12.14pm.