2 riders taken to hospital after 8-vehicle accident on AYE 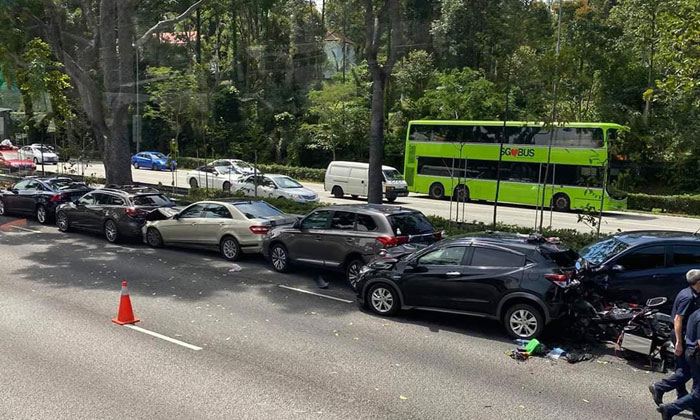 Two motorcyclists were taken to hospital after a multi-vehicle accident along the Ayer Rajah Expressway (AYE) towards the Central Expressway (CTE) on Thursday morning (Jan 30).

Six cars and two motorcycles were involved in the accident that happened after the Portsdown Avenue exit.

A Stomper alerted Stomp to a video taken at the scene that was posted on My Grandfather's Road's Facebook page.

In the video, the rightmost lane of the expressway is cordoned off and police and Emas recovery vehicles are at the scene.

Debris is scattered on the road.

In response to a Stomp query, the police said they were alerted to the accident at about 9.45am.

"Both male riders, aged 28 and 31, were conscious when conveyed to National University Hospital (NUH)," a police spokesman said.