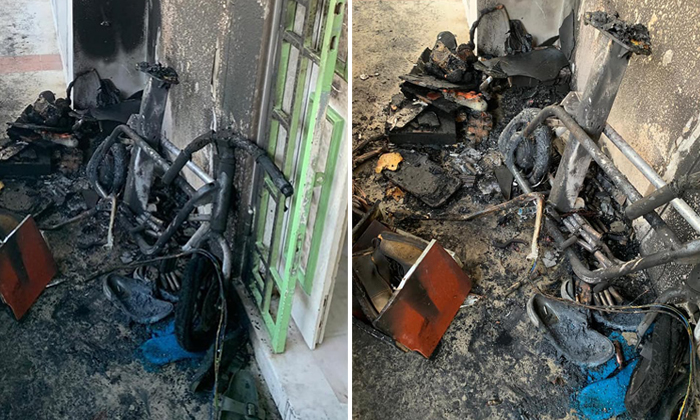 A personal mobility device (PMD) caught fire outside a Housing Board flat at Block 927 Hougang Street 91 on Monday (Nov 4).

In a statement on Facebook, the Singapore Civil Defence Force (SCDF) said it responded to the fire along the 11th-floor corridor at around 5pm.

The fire was extinguished by the SCDF with buckets of water.

"Two unit occupants, who were in a state of shock, were assessed by an SCDF paramedic but they subsequently refused conveyance to the hospital," added the statement.

Preliminary investigation indicated that the fire was of electrical origin from a PMD that was charging at the time of the fire and which did not meet the UL2272 standard.

The Land Transport Authority (LTA) encourages all PMD owners to use UL2272-certified devices and to look out the UL2272 certification marks when purchasing a PMD. 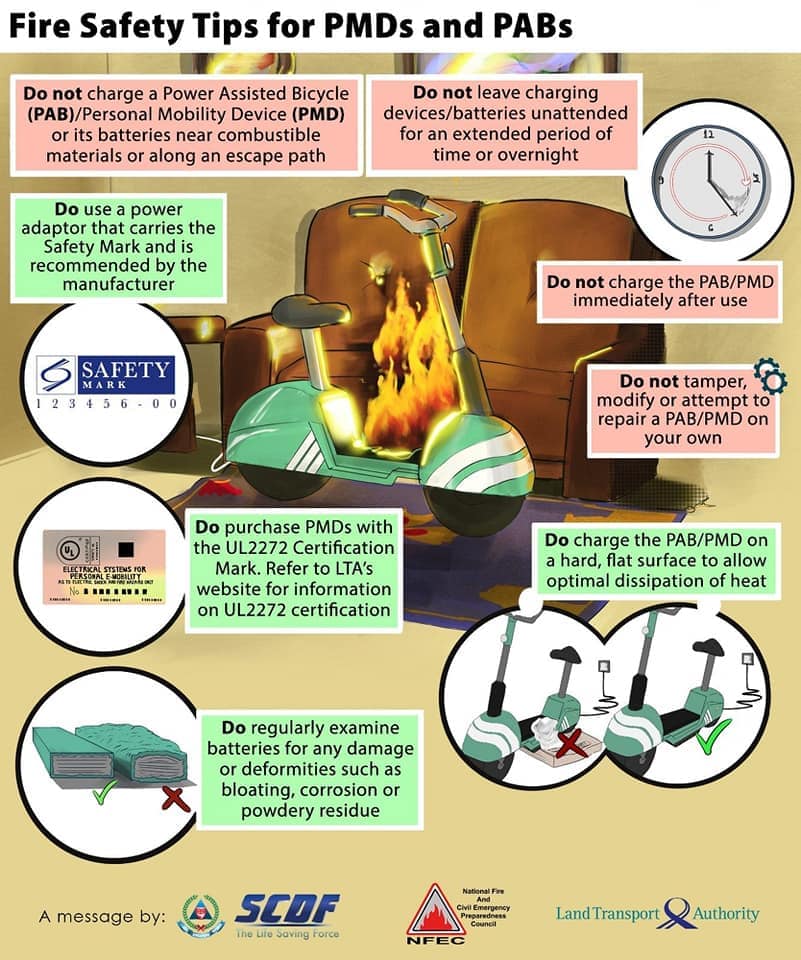 Those who own non-UL2272 certified-PMDs are strongly encouraged to dispose their devices at designated disposal points as soon as possible.

LTA is facilitating this process at 213 spots across the island at no cost to e-scooter owners, reported The Straits Times. This will last six months from Sept 23 this year to March 31 next year, with those who do so before the end of the year eligible for a $100 incentive.