2 Raffles' banded langurs end up as roadkill on SLE, population here dwindles to 73 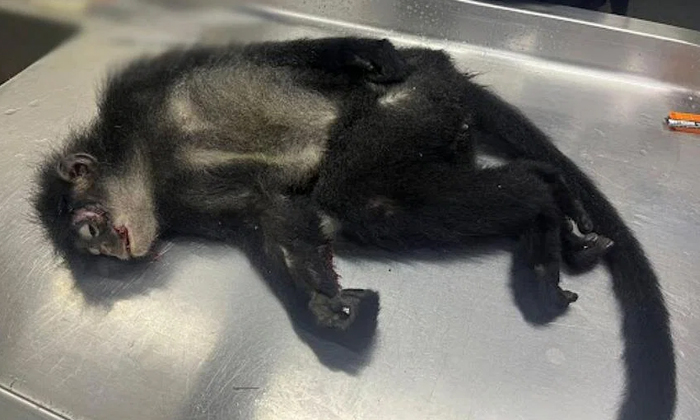 Two male Raffles’ banded langurs have ended up as roadkill along the Seletar Expressway (SLE) less than 24 hours apart, taking the critically endangered species’ population down to 73.

Said primatologist Andie Ang, who chairs the Raffles’ Banded Langur Working Group: “These deaths are concerning because it means that their gene pool has become smaller and less diverse, resulting in more inbreeding, which has already been recorded among the langurs here.

The carcasses, which were found separately on Monday and Tuesday, were taken to Mandai Wildlife Group’s Wildlife Healthcare and Research Centre for post-mortems.

Dr Ang said the post-mortem results suggest the langurs were attempting to cross the expressway from forested areas in Lentor to Springleaf, adding that the arboreal primates could have been searching for females to mate with or crossing the road because of disturbances to their habitat. The two green patches are separated by the SLE where the langurs were found.

Said Dr Ang: “As animals that live in the trees, langurs will typically come down to the ground for fallen fruit or to travel across gaps in the tree canopy.”

They likely belonged to the same group of three monkeys observed in the area as they match the age and sex and their deaths occurred in the same location less than 24 hours apart, she added.

Dr Ang was first alerted to a death on Monday just before 12pm when a member of the public noticed the carcass of a juvenile langur while driving along SLE towards Woodlands. With the help of Land Transport Authority (LTA) staff and traffic police, the carcass weighing about 3kg was collected for analysis, she said.

This was followed by the discovery of another roadkill – a male subadult – on Tuesday morning, which was picked up by the Animal Concerns Research and Education Society (Acres) for research purposes.

Said Mr Kalai Vanan Balakrishnan, co-chief executive of Acres: “It is very saddening that we have lost two of this species in two days and there are currently efforts on the ground to try and establish what may have happened.

“Due to the rarity of the species, two fatalities in two days are detrimental to the population and are a concern.”

He noted that Acres had rescued a langur from a canal earlier in July just 600m from the accident site. 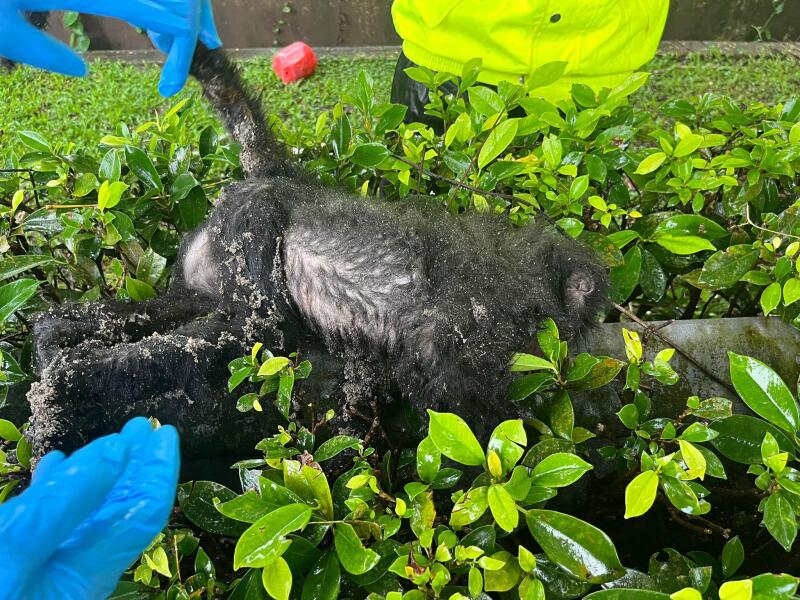 Dr Ang said the two incidents highlight the importance of habitat connectivity between forest patches, without which animals risk road collisions and deaths while attempting to move about.

She called for more mitigation measures such as road signs reminding drivers to drive carefully near forests, noting that it was not always feasible to place rope bridges and ecolinks near nature areas.

She said: “For the longer term, identifying animal movement patterns, reconnecting forest fragments and preventing loss of habitats across the island are imperative.” 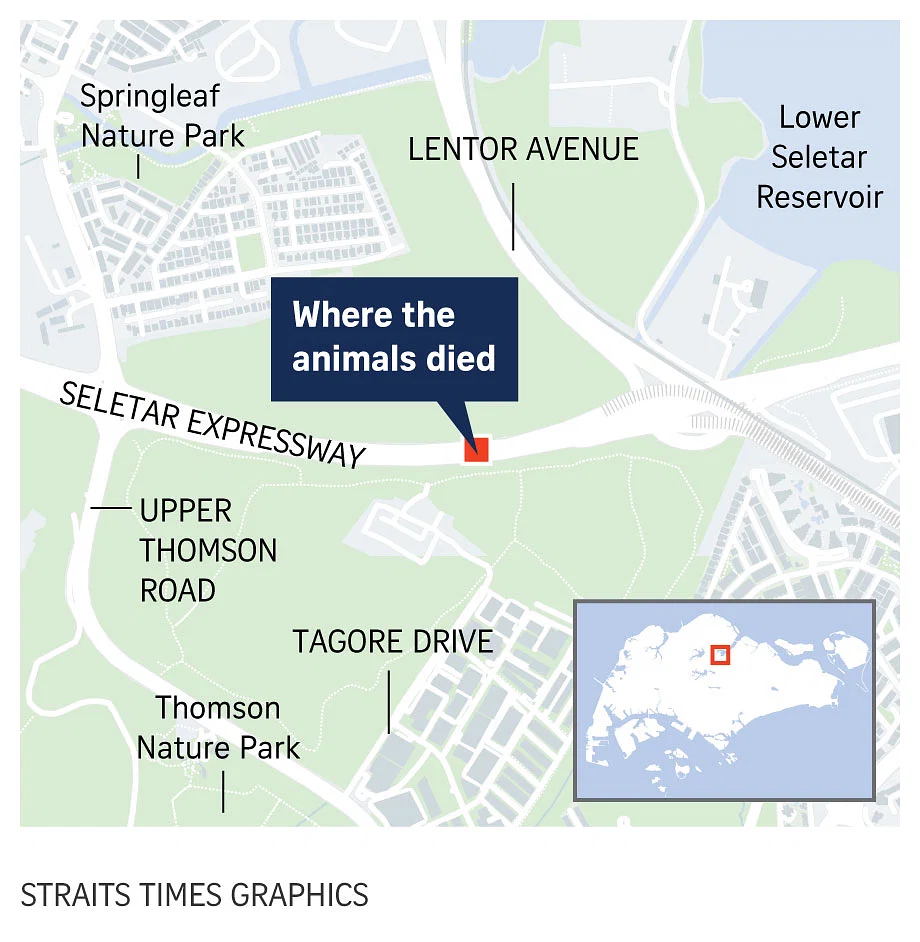 The incidents come even as the National Parks Board (NParks) has launched its ecological profiling exercise in February 2021 to help developers become sensitive to links between the island’s green spaces.

Said Dr Ang: “I’m concerned about the remaining langur in the group – it might try to cross the SLE.

“I hope anyone driving in the area, which is after the Lentor entrance and before the Upper Thomson exit, can be a bit more mindful and alert the LTA or NParks should they see a stranded animal.”

To date, a total of five langurs have been killed in road traffic accidents since such incidents were first logged in 2011.

Responding to queries from The Straits Times, Dr Adrian Loo, NParks’ group director of wildlife management, said the board is in discussions with fellow members of the Raffles’ Banded Langur Working Group and Roadkill Monitoring Group to monitor the situation and identify measures to prevent similar incidents.

NParks is also working with LTA on the feasibility of installing rope bridges across other roads in the vicinity of where the Raffles’ banded langur have been seen, such as Upper Thomson Road.

Said Dr Loo: “With the recent incidents involving the Raffles’ banded langurs along the SLE and its proximity to forested areas, we would like to call on motorists driving in the area to drive with caution and be alert to any potential animal crossings.”

“Members of the public are reminded not to handle injured wild animals on their own.”

For urgent reports of wildlife requiring rescue, the public can contact NParks’ 24-hour Animal Response Centre on 1800-476-1600 or contact NParks.