2 people who took part in unlawful gathering on pleasure craft fined $3,000 each 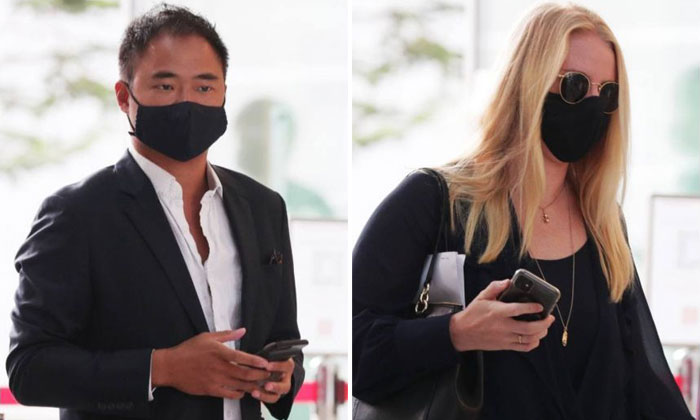 Two people who breached Covid-19 rules when they took part in an unlawful gathering on a pleasure craft on Dec 26 last year were each fined $3,000 on Monday (March 1).

Briton Amy Grace Ropner, 28, and Singapore permanent resident Mark Lau San Mao, 30, were the first two people to be dealt with in court for being part of the event.

They pleaded guilty to an offence under the Covid-19 (Temporary Measures) Act.

In a statement on Tuesday, the Immigration and Checkpoints Authority (ICA) said that it will shorten the validity of Lau's re-entry permit on his next renewal.

At that time of the incident, social gatherings were limited to five people.

Deputy Public Prosecutor Stephanie Koh said the pleasure craft named Advant was owned and operated by a company called Beyond Luxury. It could be chartered for excursions through a booking agent.

The court heard that Hunt contacted one such agent, Marine Bookings, last October to charter a yacht for 10 people on Boxing Day.

Around 11am on Dec 26 last year, Ropner, Lau and the eight other alleged offenders met the yacht’s two crew members at Sentosa’s Cove Avenue marina.

The DPP added: “Before departing, the master of the yacht gave the accused persons a pre-departure briefing.

“They were told to keep to two groups of five, one at the front and one at the back of the yacht, not to mix between groups, to wear a mask when not in the water or eating or drinking, and to comply with safe-management measures on board the yacht.”

The yacht was in waters off Lazarus Island when onlookers spotted the group.

Pictures and videos of the gathering were later posted on social media. They showed a group of merrymakers dancing and intermingling without masks. 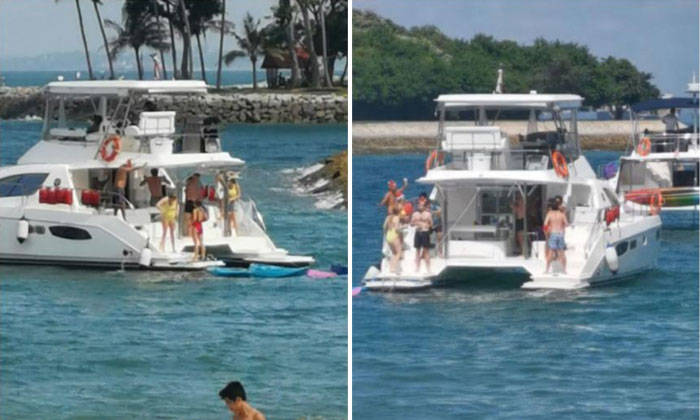 Pictures and videos posted on social media showed the group of merrymakers dancing and intermingling without masks on board a yacht near Lazarus Island, on Dec 26, 2020. PHOTOS: BU HUI YAN/FACEBOOOK

In a statement on Jan 23, the Maritime and Port Authority of Singapore (MPA) said the Advant's licence would be suspended for 30 days.

It added: "MPA reminds all pleasure craft owners and operators to adhere strictly to the safe management plan they have submitted for their business operations, and play their part to keep the Covid-19 situation under control in Singapore.

"MPA takes a very serious view of any breach of safe management measures and will not hesitate to take the parties involved to task."

In an earlier case, 12 people in another group, made up mostly of Britons as well, were each fined $3,000 for breaching Covid-19 regulations when they gathered unlawfully on Lazarus Island. They had committed the offence on Aug 8 last year.