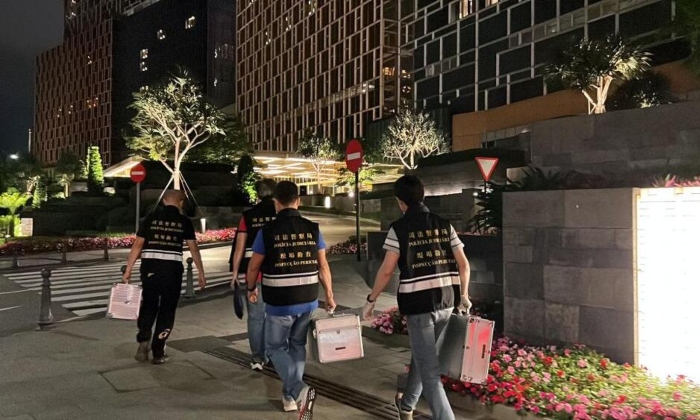 Two naked women were found dead with strangulation marks on their necks in an MGM Cotai hotel room on the ninth floor early Saturday morning (May 7).

Various media outlets reported that both women were found lying on their backs on the floor by the window of the room. There was no obvious sign of struggle or fighting at the scene.

The women were reportedly strangled to death with a bathrobe belt and there were signs that the crime scene had been cleaned up by the suspected perpetrator or perpetrators.

One had a scratch wound on her arm with no other visible trauma or resistance wounds.

No identification documents and other belongings were found in the room, and the police are currently working on identifying the victims.

Officers are investigating the condition of the two women and to determine if they were drunk or drugged, reported The Standard.

An autopsy will be conducted later to confirm the cause of death.

The Macau Post Daily reported that a manhunt for the suspect or suspects has been launched.