2 motorcyclists hurt in accident with 2 trailers on AYE, 1 driver arrested 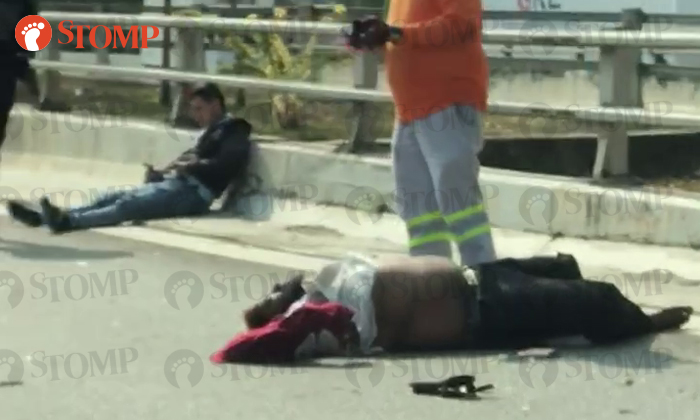 Two men were taken to hospital after a four-vehicle accident along the Ayer Rajah Expressway (AYE) on Tuesday afternoon (Sep 24).

The police told Stomp in response to queries that they were alerted to an accident involving two motorcycles and two trailers at 4.10pm.

Stomper Andy, who drove past the scene at around 4.15pm, said the accident took place in the direction of Tuas, near Exit 22.

A video that he submitted shows a man leaning against the road divider while someone attended to him and another man lying on the road.

Andy added: "The man lying on the road was not moving at all."

Both motorcyclists, aged 24 and 28, were taken to National University Hospital, said the police.

One of the trailer drivers, a 45-year-old man, was subsequently arrested for causing grievous hurt by a negligent act.