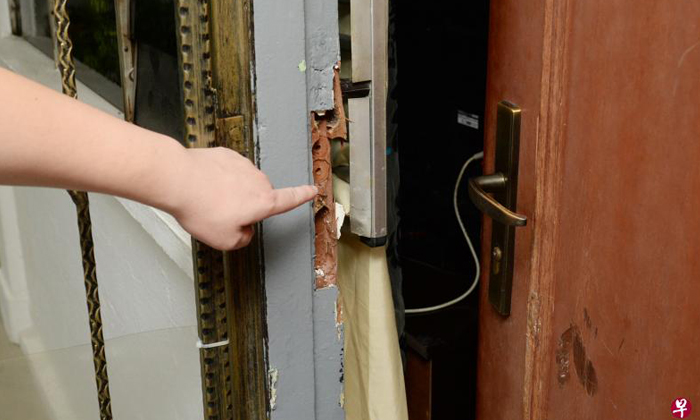 Two men, believed to be brothers, allegedly carried out drug trafficking activities in their grandmother's flat at Boon Lay Avenue.

It was earlier reported that four Singaporean men were arrested in the operation conducted by the Central Narcotics Bureau (CNB) on Monday (Sep 17).

Amongst them were two suspects, aged 55 and 63, who were nabbed from a suspected drug trafficker's unit on the fourth storey of a housing block after officers effected forced entry.

A total of about 803g of heroin and 5g of 'Ice' with an estimated worth of $56,000 were also seized during the operation.

According to Lianhe Wanbao, not many residents were aware of the raid that day as it was in the afternoon and most people were at work.

When reporters visited the unit in question, they saw traces of damage on the door frame. However, the door handle and lock had been replaced with new ones.

A neighbour, who declined to be named, revealed that a woman who was about 90 years old resided in the flat.

The elderly woman reportedly has children but does not live with them.

According to the neighbour, the two men who were arrested from the flat are believed to be her grandsons.

The pair would occasionally drop by, but always in the afternoon or late at night when there were less people around.

Wanbao reported that the men, believed to be brothers, are suspected to have used their grandmother's flat to carry out drug trafficking activities.

Related Stories
4 arrested in CNB raid at Boon Lay Ave, drugs worth $56,000 seized
98 arrested in 4-day CNB operation: 2 were nabbed after forced entry into rented unit
Yishun resident found with airsoft pistol, explosive and cannabis -- after telling CNB he had nothing to surrender
More About:
CNB
drugs
arrest