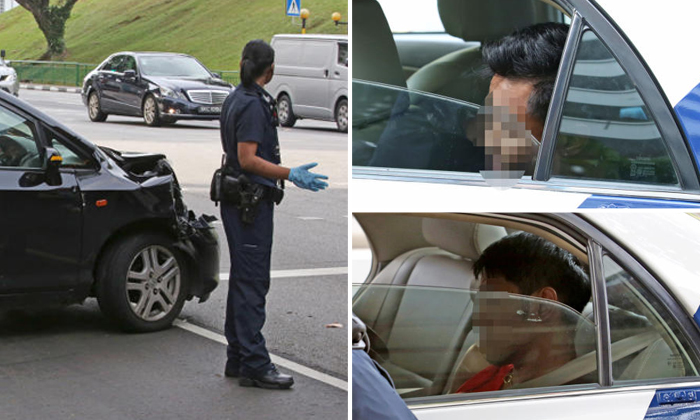 Two men were arrested for suspected drug-related offences after their car got into an accident with a Mercedes on Saturday afternoon (Jan 19).

In response to a Stomp query, the police said they were alerted to an accident involving two cars along Jalan Bukit Merah, towards Queensway, at 2.26pm.

The police told Stomp: "One of the car drivers, a 35-year-old man, and his passenger, a 28-year-old man, were arrested for suspected drug-related offences." 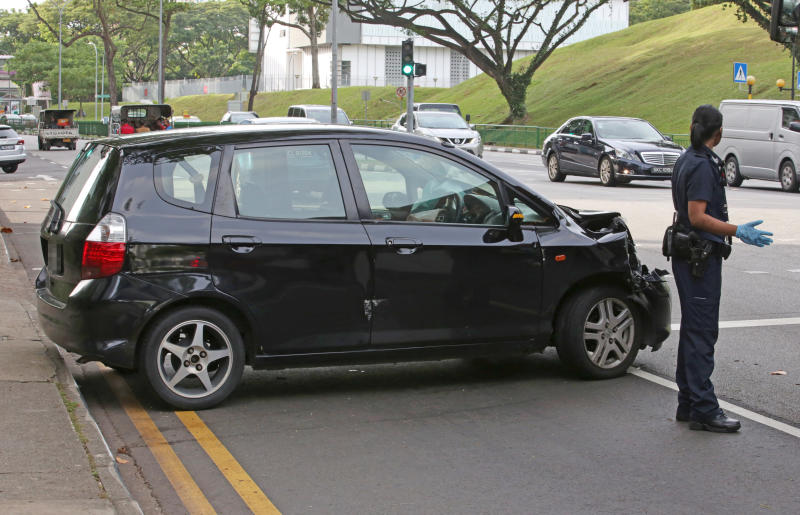 According to Shin Min, the Mercedes had been making a turn when the sedan car crashed into it.

A witness said that both parties waited for the police to arrive. After giving their statements, the Mercedes driver was allowed to leave.

Another 26-year-old witness, Mr Su, said: "Police dogs were brought to the scene and they conducted a search in the vicinity of the black car.

"They seemed to have found numerous items, including drugs and contraband cigarettes.

"The car driver and passenger were then handcuffed and taken away in police cars."

A search of the black car was conducted as its driver had allegedly appeared distracted during questioning, reported Shin Min.