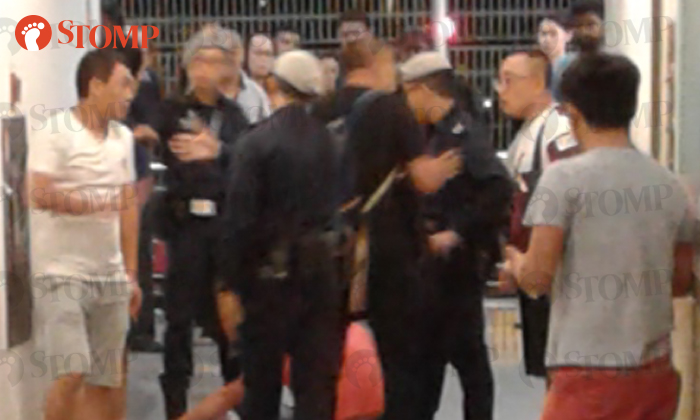 Two men were arrested for affray after getting into a fight at Aljunied MRT Station on Sunday night (June 24).

Stomper Leonard said he witnessed the altercation, which took place in a crowded toilet at the train station, at around 8pm.

He told Stomp: "Two men were arguing over whose turn it was to use the last available urinal, like who came first.

"It escalated into a big fight, from inside the toilet to outside, that also involved the men's respective companions. There were about four men in total, with two on each side.

"Everyone else got out of the toilet."

Leonard said that he then alerted Transport Security Command (TransCom) officers who were patrolling the area.

"Fortunately, three officers came over to break up the fight after I signalled to them.

"Actually, the men continued to fight even after the police came and stopped only when the police became more firm," he added.

In response to a Stomp query, the police said they were alerted to a call for assistance along 81 Lorong 25 Geylang at 8.20pm.