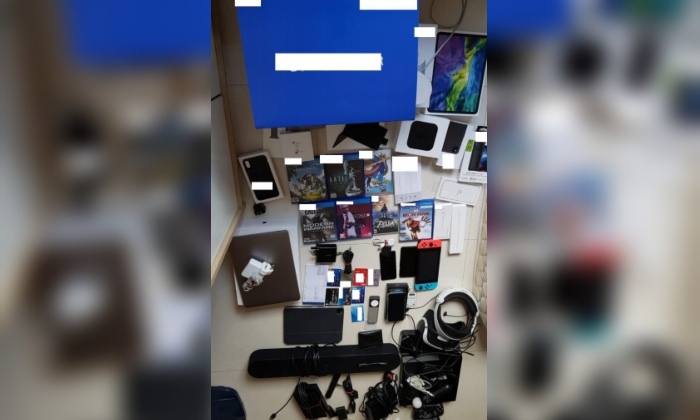 Two men, aged 23 and 24, were arrested for their suspected involvement in cheating an e-commerce platform of more than $69,000.

The police said in a statement that they received a report on Nov 6 that multiple suspicious refund transactions were made on an e-commerce platform.

"Through follow-up investigations, officers from Central Police Division established the identity of the two men and arrested them separately on Wednesday (Nov 11) and Thursday (Nov 12)," said the police.

"Items amounting to about $6000 were recovered and seized."

Preliminary investigations revealed that the two men are believed to have created multiple accounts to purchase items from the e-commerce platform.

After receiving the items, they had allegedly submitted requests for refund claiming that they had not received the items.

The duo is believed to have performed close to 50 refund transactions amounting to more than $69,000.

The offence of cheating carries an imprisonment term up to ten years and a fine.

Related Stories
Man orders over $700 worth of food without paying -- by sending them to neighbours' houses
Two 16-year-old teens arrested for cheating victims of more than $5k on Carousell
24-year-old woman arrested for going on $1,300 shopping spree with man's lost credit card
More About:
cheating
arrest
scam