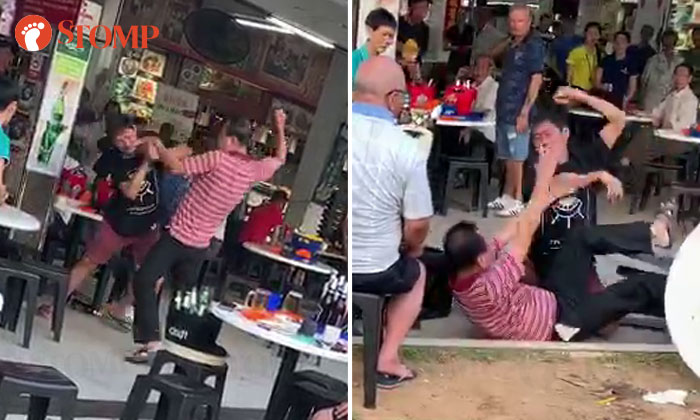 Two men were arrested for affray after they were seen arguing and throwing punches at each other at an Upper Cross Street coffee shop on Aug 11.

Several Stompers alerted Stomp to a video of the two men that has been circulating on social media.

One of them goads the other and says, "Come, come, come" before they start landing blows on one another.

A woman in the background is heard saying "so fierce".

During the scuffle, a table is overturned and the duo end up fighting on the ground before the video ends.

In response to a Stomp query, the police said they were alerted to the incident at 34 Upper Cross Street at about 5.30pm.