2 maids rescued from Bendemeer window ledge in 3 months: Employer cleared of any wrongdoing 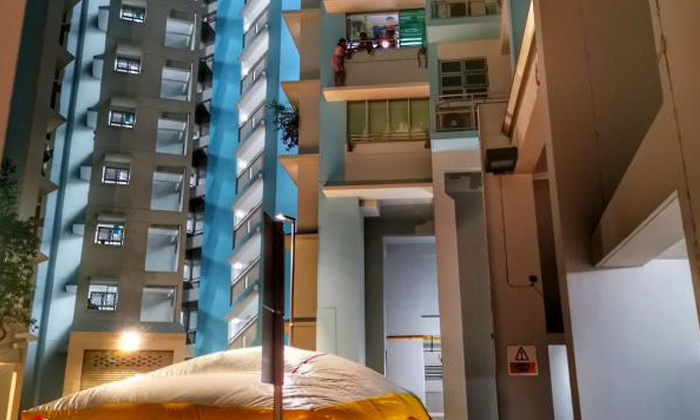 After two incidents of maids desperately clinging onto the clothes rack outside the fourth-storey kitchen window of the same address at Block 38A Bendemeer Road, a red flag was raised at the Ministry of Manpower (MOM) and an investigation was launched.

The investigation has been completed, and speaking to The New Paper last week, an MOM spokesman said that the employer of the two maids, an 80-year-old woman, has been cleared of any wrongdoing.

There was also no indication that the two maids had put themselves in danger to free themselves from their respective employment contracts.

Both maids, who have since returned home, were hired from employment agency Recruit Asia.

The investigation process included interviews with the employer, her daughter, the employment agency, the two maids involved and one who used to work for the same family.

MOM discovered that the employer had hired six maids before the first incident and had no adverse record.

Of the six, four completed their two-year contracts, one worked for 14 months, and one stayed for close to four years with the family.

The spokesman said: "As no wrongdoing was uncovered, the employer can hire another FDW (foreign domestic worker) if she wishes to."

In the first incident on July 28, the investigation found that the maid had been trying to retrieve a piece of clothing that had fallen onto the ledge outside the window, beneath the laundry rack.

After failing to retrieve it with a reach pick, she climbed out onto the ledge and soon found herself trapped.

It was her first day with the family.

The MOM spokesman said: "Despite having attended the Settling-in-Programme, (the FDW) performed an act that endangered herself and caused alarm to others. She is not suitable for employment in Singapore."

In the second incident on Oct 9, the maid, who had been working for the family for two months, said she was feeling unwell and disoriented when she climbed out onto the ledge.

Said the MOM spokesman: "She confirmed during her interview with MOM that she was not abused or mistreated by her employer.

"She was also not confined nor prevented from leaving the employer's home. The FDW was warned by the police for her actions."

She was also subsequently barred from working in Singapore.

MOM advises FDWs in need of assistance to speak to their employer or approach their employment agencies. They can also call the MOM FDW helpline on 1800-339-5505.

Related Stories
Second maid rescued from ledge of Bendemeer flat in 3 months, gets arrested
Maid clings on to clothes rack after accidentally falling out of 4th-storey window at Bendemeer
Maid falls 4 storeys from Bishan block, says she does not remember what happened
More About:
maid
rescue
fall