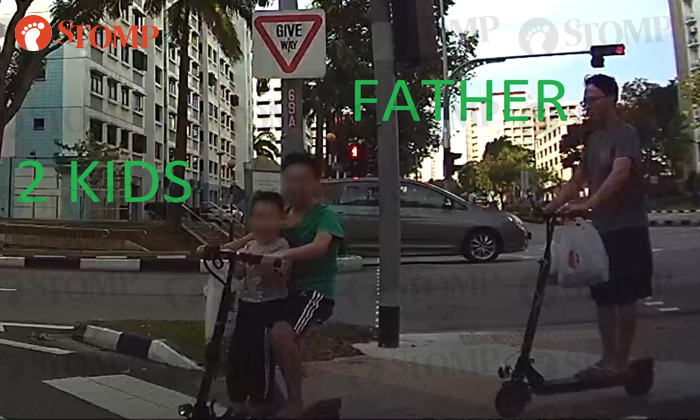 Two young boys dashed out in front of Stomper JF's car while riding a personal mobility device (PMD) across the road on Sunday (June 30).

JF told Stomp that the incident occurred along Choa Chu Kang Avenue 4 at around 5.55pm.

A video that JF captured shows how he first encountered the two toddlers, who were on a PMD together, at a pedestrian crossing.

They were followed behind by a PMD-riding man, believed to be their father.

JF is seen stopping to let them pass.

A second video shows how JF later had a near-collision with the boys while he was trying to enter the carpark at Block 465. 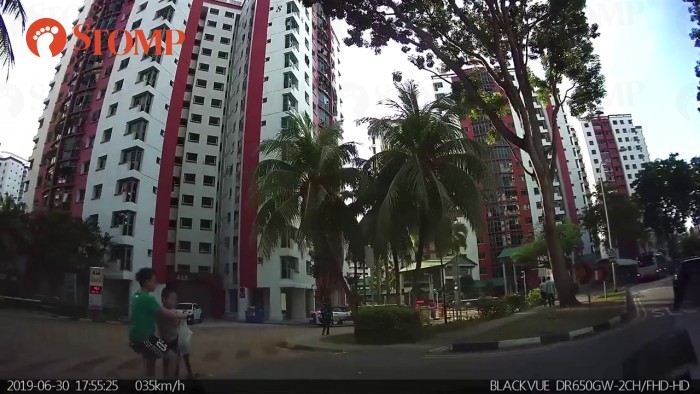 The Stomper, who posted about the incident on Facebook, said: "I would like to create awareness to all parents with kids on PMDs.

"Just because you have the right of way doesn't mean that you don't have to look where you are going or watch out for traffic.

"To that father of these two kids dashing across the road recklessly on their PMD without stopping, please educate them before it's too late."

Related Stories
Motorcyclist with 2 helmet-less kids as pillion riders has broken so many rules
'I nearly lost my driving licence and killed this kid who dashed across road'
Boy who dashed across road in Hougang 'might not be so lucky next time'
More About:
pmd
e-scooter
dangerous
Youths behaving badly
child