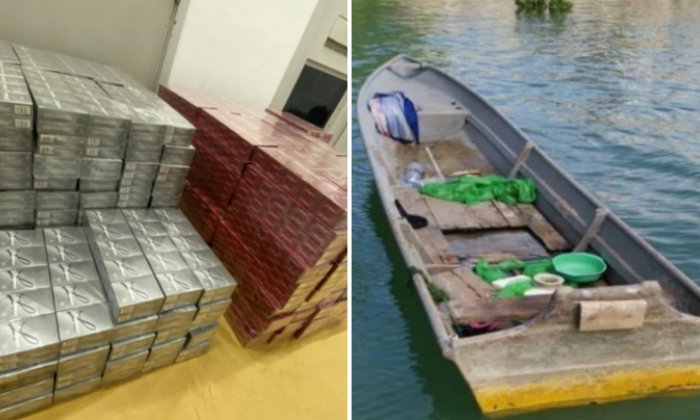 Two Indonesian men, aged 25 and 58, were arrested for unlawful entry into Singapore and possession of duty-unpaid cigarettes.

The police said in a statement that the Police Coast Guard (PCG) received information from a National Parks Board (NParks) contractor that one man was seen behaving suspiciously before entering the forested area near Changi Exhibition Centre on Monday (Nov 16) at 9am.

"Following receipt of the information, PCG officers worked together with officers from Bedok Police Division and Gurkha Contingent to conduct search efforts," added the police.

"The two men were subsequently arrested within two hours of information received for unlawful entry into Singapore under the Immigration Act and possession of duty-unpaid goods of the Customs Act.

The penalties for illegal entry are a jail term of up to six months and a minimum of three strokes of the cane.

The penalties for possession of duty-unpaid goods are a fine of up to 40 times the amount of duty and GST evaded and/or jailed for up to six years.

The two men were charged in court on Wednesday (Nov 18) with unlawful entry into Singapore under the Immigration Act. They have been handed over to the Immigration and Checkpoints Authority (ICA) for further investigations in relation to offence of illegal entry.

Singapore Customs will also investigate the duo in relation to the offence of possession of duty-unpaid cigarettes. 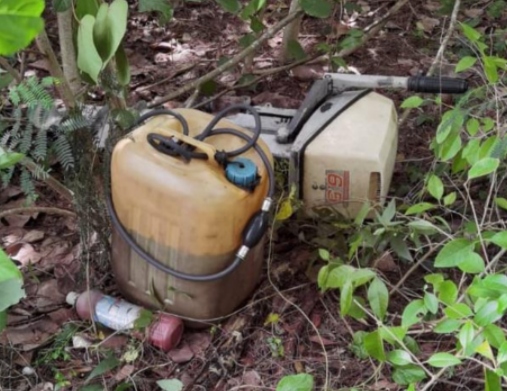 “This is one good example of a member of the public working closely with the police to safeguard our waters and sea borders against crime and security threats," said Cheang Keng Keong, Commander of the PCG and the Senior Assistant Commissioner of Police.

"The alertness of the NParks contractor enabled the police to swiftly apprehend the offenders.”