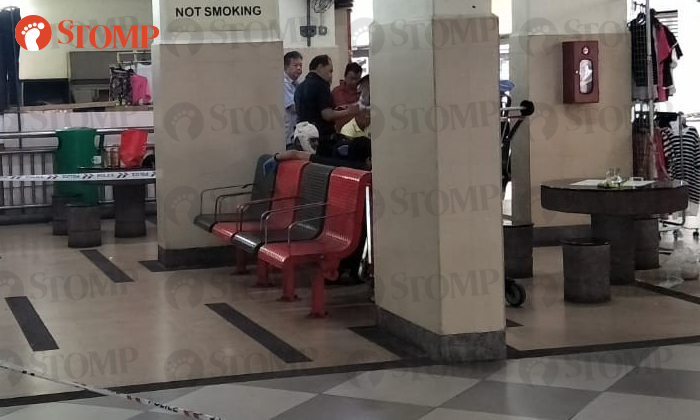 In response to a Stomp query, the police said they were alerted to a case of affray at 221 Boon Lay Place at 3.06pm.

Both were arrested in relation to the case and police investigations are ongoing.

Stomper Eva Denice, a resident in the vicinity, contributed photos that show an area of the shopping centre being cordoned off by the police.

He said: "I heard from other residents that two men had fought and someone had used an iron rod.

"Fights at this shopping centre are not uncommon, with culprits smoking and drinking beer on a daily basis in the morning, which in many ways are nuisances to residents, the public and businesses."