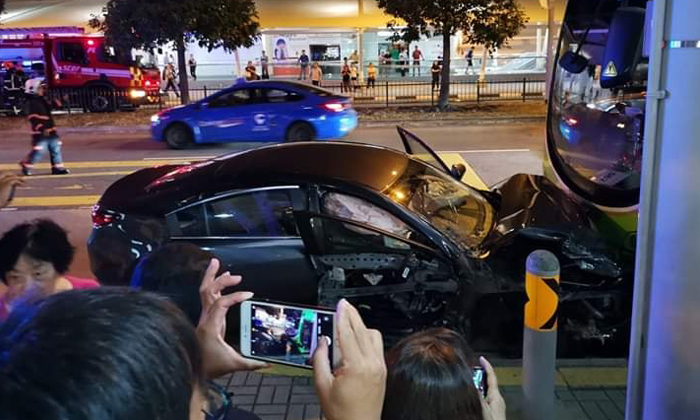 Two men were taken to hospital after a three-vehicle accident along Sengkang Central, towards Hougang Avenue 6, on Monday night (Sep 2).

Responding to a Stomp query, the police said they were alerted to the accident involving a car, a taxi and a bus at 9.01pm.

Several Stompers alerted Stomp to photos of the accident scene that were posted on Facebook.

A mangled Mazda car can be spotted at the scene, partially wedged under the front of a damaged bus. The car had its front airbags deployed.

Debris is also seen strewn around a ComfortDelGro taxi.