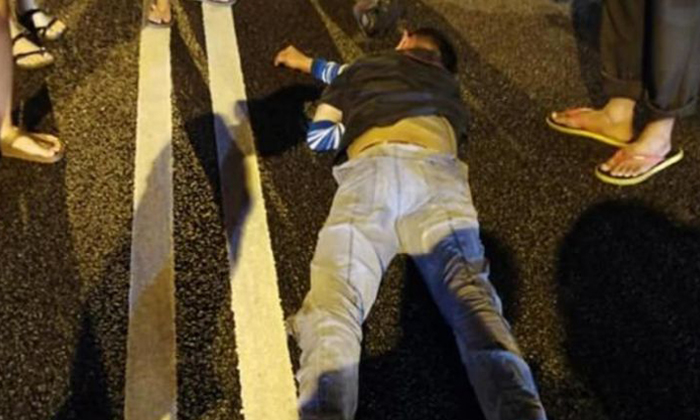 Two motorcyclists were injured in an accident along the Bukit Timah Expressway (BKE) towards Woodlands Checkpoint on Saturday (June 30), slightly after midnight.

In response to a Stomp query, the police said they were alerted to an accident involving two motorcycles at 12.19am.

The younger man was unconscious.

A photo published by Shin Min Daily News shows a man lying face-down on the road.

Less than an hour later at about 1am, a fatal accident involving a trailer, a lorry and three motorcycles along the Causeway left two people dead and three others injured.

The following day (July 1), two drivers were injured in a chain collision involving four cars along the Causeway.