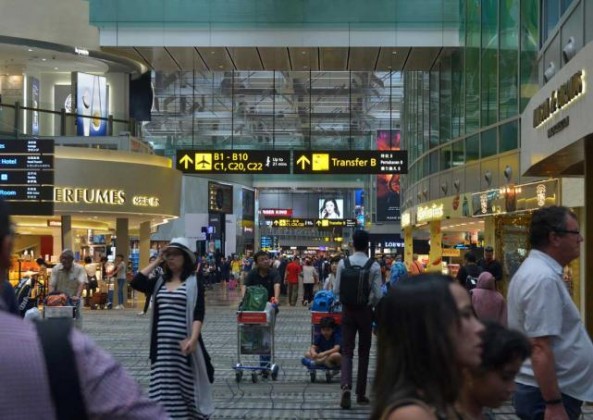 Two people were so eager to get their hands on the new iPhone 7 that they used boarding passes to enter the transit area at Changi Airport to purchase the device on the day it was launched in Singapore (Sept 16).

The pair, a man and a woman, were subsequently arrested for their actions, the police revealed in a Facebook post on Thursday (Sept 22).

According to the authorities, both suspects had no intention of departing Singapore. Investigations against the duo are ongoing.

The police explained that the transit areas in the airport are gazetted as protected places, and all those who entered the transit halls with a boarding pass should only be there to travel to their next destination.

"Those who misuse their boarding pass to enter the transit areas, with no intention to proceed to their next destination, are liable for an offence under the Protected Areas and Protected Places Act," the post added.

The police revealed that 15 people have been arrested for offences under the Protected Areas and Protected Places Act since January this year.

Those who are found guilty of violating the Act may be fined up to $1,000, jailed up to two years, or both.

Related Stories
Police warn of fake SPF website after woman loses $80,000
S’pore guy shocked to get notification that his Paypal account was accessed from New Zealand
iPhone 7 'seller' scams a dozen of more than $10,000 on Carousell
More About:
court
crime
iphone
illegal
arrest