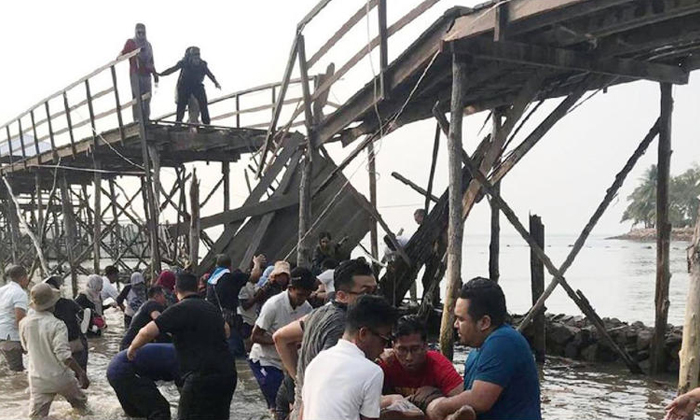 Eighteen Singaporeans were injured after a bridge in a 4.5-star hotel in Batam collapsed on Thursday afternoon (Nov 7), Indonesian police said.

Fifteen of the injured Singaporeans were immediately rushed to hospital, while three others who suffered light injuries were treated at the scene at Montigo Resorts Nongsa, north of Batam.

Some of the victims were taking selfies when the bridge collapsed, Detik reported.

"Of the 15 rushed to hospital, two had serious injuries," Col Erlangga said.

Police conducted their investigations at the resort and interviewed a number of witnesses after the incident, which occurred just after 4pm.