17-year-old boy arrested for drink-driving after hitting railing and tree, didn't have licence 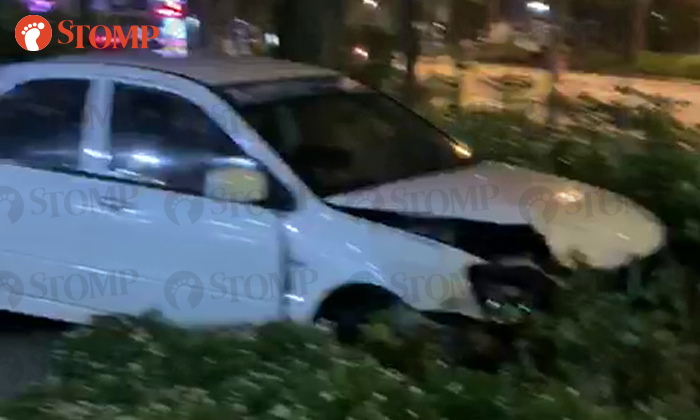 A 17-year-old boy was arrested for drink-driving after he got into an accident along Teck Whye Avenue, towards Choa Chu Kang Road, in the wee hours of Wednesday (Dec 19).

He had crashed his car into a railing and then hit a tree.

Stomper Raj witnessed the accident and contributed a video of the aftermath to Stomp. He also called the police.

In response to a Stomp query, the police said they were alerted to the accident at 1.08am and arrested the teenager for drink-driving.

Stomp understands that the boy did not have a driving licence and was alone in the car.

Raj, who had been having drinks at a nearby coffee shop, recounted what he saw: "This was in front of Block 4.

"We heard a loud screeching that lasted for several seconds. Because of the noise and how long it went on for, everyone had time to turn around and see what happened.

"I saw a car coming by at high speed. It then skidded and hit the railing on the central road divider, which caused its front bumper to dislodge and fly off.

"There was a pedestrian crossing nearby, so thank goodness nobody was there at that time.

"The car then continued to skid, before crashing into a tree and ending up on the grass."