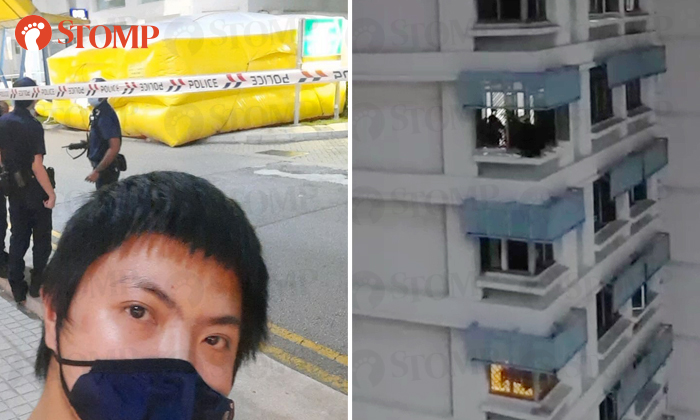 A 16-year-old teenager was apprehended after locking himself in a room in a Toa Payoh flat on Thursday night (April 8).

In response to a Stomp query, the police said they received a call for assistance on a case of assault at Block 81B Toa Payoh Lorong 4 at 9.55pm.

When police officers arrived at the scene, they found that the teenager had locked himself in the room of a residential unit at the block.

"The teenager was believed to be in possession of a knife," police added.

"As it was assessed that the teenager might pose a danger to himself, officers from the Crisis Negotiation Unit, Special Operations Command and Singapore Civil Defence Force (SCDF) responded to the incident."

The SCDF confirmed that it received a call for assistance at about 10.25pm.

A spokesman told Stomp: "SCDF deployed two safety life air packs and rescuers from the Disaster Assistance and Rescue Team (DART) were on standby as a precautionary measure."

Police officers managed to gain entry into the room at around 2.30am on Friday.

The teenager was subsequently apprehended under the Mental Heath (Care and Treatment) Act.

No injuries were reported. Stomp understands that no knife was found.

Stomper Wei Sien, who shared photos and videos taken at the scene at around midnight, said the commotion caught the attention of many residents and kept them awake.